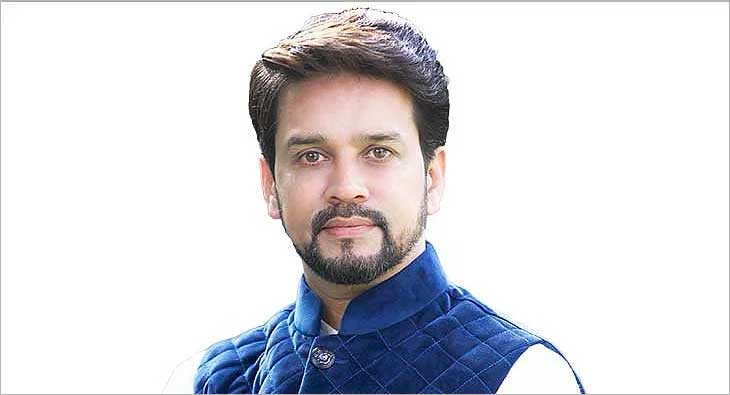 Minister of Information and Broadcasting (I&B), Anurag Singh Thakur answered several questions to the Rajya Sabha on several topics such as New Tariff Order (NTO) 2.0, Manipulation of TV Ratings, Transfer of licensing of TV channels by regional channels, the merger of four film divisions, moves by the ministry to ensure OTT platforms are sensitive to India’s racial and religious diversity, and action against news channels who promote anti-Indian content.

YSR Congress Party MP Vemireddy Prabhakar Reddy questioned the minister on the recent decision by national broadcasters to drop popular channels from the bouquet and whether they charge Rs 15-25 for some channels keeping them out of the bouquet.

In response, the I&B minister noted that broadcasters have priced their popular channels above Rs 12 and only offer these channels on a pay-per-view basis. “In accordance with the implementation plan of the new regulatory framework 2020 published by TRAI, distribution platform operators (DPOs) are required to declare the tariffs of the channels and packages offered to consumers before January 31, 2022 and, thereafter , the consumer offering will be made available beginning April 1, 2022. Therefore, final pricing for consumers may be determined after March 31, 2022, when channel choice is exercised by consumers,” Thakur said. .

He added that the new regulatory framework notified by the Telecom Regulatory Authority of India (TRAI) in 2017 gave broadcasters full freedom to declare the price of their pay-per-view channels since December 2018. “TRAI has not set the maximum retail price (MRP) for channels that are maintained outside the bouquet.These provisions have not been changed in the new regulatory framework 2020,” he said.

Thakur responded by saying that BARC had actively pursued actions against those involved in sample tampering and had filed 11 FIRs through its vendors in numerous states. He added that BARC was also committed to producing strong and credible TV audience data in India. Thakur noted that BARC India’s system is capable of detecting abnormal audience behavior and the cases filed are also due to the strong data security and vigilance system that BARC has put in place over a period of time.

In order to investigate and address concerns related to the TV rating points in light of new TRAI recommendations and technological advancements/interventions to address the system, the Ministry had formed a committee under the chairmanship of the Director General (CEO), Prasar Bharati with members of IIT, C-DOT and IIM.

“BARC informed that, in the spirit of the recommendations of the said Committee and TRAI, it has taken various measures on corporate governance and on the streamlining of processes and their transparency. The involvement of management in the process of generating scoring has been institutionally removed. Oversight and technical committees within BARC have been strengthened for data validation and methodology. Data access protocols have also been overhauled and strengthened,” Thakur said.

Congressman Neeraj Dangi has requested information from the I&B Minister on the issue of subletting TV channel licenses and the likely loss of revenue for the government as a result. In his response, Thakur said that a TV channel can only be operated by the company granted permission under the uplink/downlink guidelines. He further stated that permission to transfer a channel is permitted in the event of a merger/split/regrouping, or within a group company, subject to meeting various eligibility conditions.

Jawhar Sircar, Congressman for Trinamool and former CEO of Prasar Bharat, asked about the merger of Film Division (FD), National Film Archive of India (NFAI), Children’s Film Society of India ( CFSI) and the Film Festival Authority (DFF) with the National Film Development Corporation (NFDC) and the fate of the employees, premises or budgets of these organizations.

Thakur said that the government has expanded the Memorandum of Bylaws (MoAA) of the NFDC, which will then conduct all activities hitherto carried out by them, and all consequential actions/actions that need to be taken, including the closure of these four cinematic media units.

“Employees of the four film media units to be merged with NFDC will be adjusted in accordance with the guidelines and rules and regulations for central government employees. The various government programs for the production, promotion and preservation of film content will continue to work to encourage good cinema in the country. The mandate of all four film media units will be taken over by NFDC after this merger,” he added.

MP for Telangana Rashtra Samithi (TRS), KR Suresh Reddy, questioned the minister on the measures taken by the government to ensure that OTT platforms take into account the multi-racial and multi-religious context of India and exercise caution and discretion .

In his response, the Minister noted that the Information Technology Rules 2021 (Guidelines for Intermediaries and Digital Media Code of Ethics), notified on 25 February 2021 under the Information Technology Act 2000 information technologies, provide that publishers of content organized online (OTT platforms) adhere to a code. ethics prescribed in the Regulations. This Code of Ethics describes the general principles to be followed by OTT platforms which, among other things, also prescribes that a publisher should take into consideration the multi-racial and multi-religious context of India and exercise caution and discretion when ‘it presents the activities, beliefs, practices, or point of view of any racial or religious group,’ he added.

“The rules also provide for a three-tiered grievance redress mechanism to review grievances/complaints related to breach of code of ethics by publishers (OTT platforms),” Thakur said.

The Minister said that all programs shown on private satellite TV channels are required to adhere to the program code set out in the Cable TV Networks Rules 1994, which among other things provides that no program should be broadcast on cable service that is likely to encourage or incite violence or contains anything against the maintenance of public order or that promotes anti-national attitudes. “In addition, the Cable Television Network Rules (Amendment) 2021, notified on 17.6.2021, provide, among other things, a three-tier mechanism for the redress of grievances relating to violations of the program code by broadcasters,” did he declare.

For the print media, the Press Council of India, established under the Press Council Act 1978, operates with a dual purpose of safeguarding freedom of the press and maintaining and improving standards of newspapers and news agencies in India.

In addition, the PCI has developed “Standards of Journalistic Conduct” for media membership, which encompass the principles and ethics of journalism and guidelines for news reporting. This contains, in particular, standards relating to the “overriding national interest”, including those which are likely to compromise, endanger or harm the interests of the State and society. The council is considering complaints against the print media/breach of standards of journalistic conduct under section 14 of the Press Council Act 1978, it added.