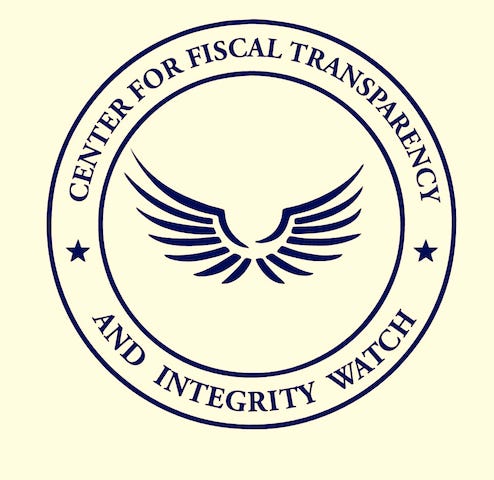 If there is a long overdue decision for the Nigerian economy, it is to stop the supply of foreign currency to the operators of the Bureau Du Change (BDC). This is due to the unpatriotic and daring abuse of their trade guidelines over the years, which weakens the Naira, encourages money laundering and fosters illicit financial flows from Nigeria to other jurisdictions.

Central Bank of Nigeria Governor Godwin Emiefele announced on July 27, 2021 that the CBN would no longer approve BDC license applications and would also stop providing foreign exchange to existing licenses. The move was based on the Monetary Policy Committee’s observation of how the BDCs had become wholesalers, making large, multi-million dollar foreign exchange transactions – above their sell limit of $ 5. $ 000 per person.

The Governor noted the astronomical rise of operators from 74 dealers in 2005 to 5,689 in June 2021. In addition, there are an average of 500 BDC requests per month, pushing Nigeria towards dollarization of the national economy.

Before the shutdown, the CBN sold $ 20,000 per week to over 5,000 BDC, or over $ 100 million per week and $ 1.57 billion per year. To ensure access for genuine clients, the Bank has requested commercial banks to set up FX counters to ensure direct sale of FX.

All over the world there are BDC operators, and they play different roles. The main role is to ensure the availability of forex to small businesses and other categories of users. However, Nigerian BDCs do not like excesses. Preliminary results suggest that most traders have given way to arbitrage targeting to take advantage of CBN’s efforts – which is focused on strengthening the Naira through monetary policy.

The tendency for BDCs to profit from market manipulation by obtaining naira notes and then using them to buy dollars, take a position, change the rate over a period of time, sell the dollars they bought at a large profit is absolutely illegal as there are margins set by CBN.

The Economic Confidential explains that the “short” and “long” basics of Forex trading operations would highlight how these manipulations occur. A “long” position in FOREX trading involves buying a particular currency at a specific rate by selling another currency while expecting the currency purchased to appreciate against the currency sold.

On the other hand, a “short” position involves borrowing a particular currency at a specific rate to sell and acquire another currency while expecting the borrowed currency to depreciate against the acquired currency so that you can redeem it at a lower rate.

An economy like Nigeria’s which is prone to shocks due to low oil revenues and the country’s overvalued currency makes it an easy target for speculative manipulators. These people, very present among established BDCs and allegedly in collusion with other players, exploit the asymmetry of information in the Forex market to organize a “short” against the Naira. However, despite the overvaluation of the Naira, this would not be possible as they do not know when the CBN can devalue the currency.

Alternatively, they use platforms where Forex buyers get information by forcing them to post rates that would spread pessimism against the currency they wish to manipulate, as the power of the currency in the parallel market defends in such a way. significant people’s confidence in its worth. If people think the currency is not worth holding, the CBN is forced into a tight angle. In the end, he collapses.

US economist Paul Krugman states that “fixed exchange rates are very prone to speculative attacks, especially when established stakeholders assume that the exchange rate regime may be coming to an end.” The situation in the Nigerian Forex market is worse as most traders have low confidence in the Naira; they only see him as their cow of arbitration. Thus, they attack it profusely in an illicit manner with speculation, which is paved with the unexplained absurdities of the black market.

Not too long ago, a website named “AbokiFX” which displays exchange rates was restricted by the CBN due to allegations related to these preliminary findings. And the relative stability of the market since the regulation of BDCs and the closure of such sites justifies the measures of the CBN.

Based on studies by the Financial Action Task Force (FATF) and the United Nations Office on Drugs and Crime (UNODC), these monetary service providers can be used for money laundering, funding terrorism and illicit financial flows. They can serve as a convenient intermediary for all kinds of crimes.

It is an attractive vehicle through which criminal and terrorist funds can enter the financial system. A major weakness is the poor regulation of customer due diligence rules in relation to the opening of a bank account. Also, the cash nature of the transactions, the global reach (in case of money transfer), low thresholds are significant risks.

BDCs are used at all stages of the money laundering process, especially during the investment phase. Once the transaction is completed, it is difficult to trace its origin.

Among other things, the most important factors that may indicate a possible misuse of BDCs, the FATF indicates that several characteristics indicate their use for illegal purposes. Many cases involve low value wire transfers. However, since the total value of funds over a long period of time is significant, there is sufficient research linking the uncontrolled remittances industry to other criminal activities including human trafficking / smuggling, drug trafficking, arms smuggling and other national security issues.

Over the years, BDCs have also been a prolific avenue for the commission of corruption. Cases of corruption with BDCs as accomplices have been reported in most cases of public sector corruption – due to the informal, unofficial, and money-driven nature.

When the Central Bank of Nigeria introduced the cashless policy in 2019, financial experts predicted that the economy would be more inclusive by reducing the physical movement of money. The major advantage of doing so is that it will pave the way for more effective monetary policies, and above all, for better monitoring of illicit financial flows.

BDCs being a meeting place for physical money, have benefited from a prodigious level of under-observed activity with almost non-existent anti-corruption and anti-money laundering surveillance. This justifies them for undermining the ethical conduct of the Nigerian economy by facilitating an entry and exit route for embezzled funds. How they manage to never run out of money is another intriguing dimension. However, their proximity to traditional marketing in which many importers exchange naira for dollars has made this not only possible but fast and flexible.

Due to our low level of cross-data on people and organizations, this makes the sector attractive to crime and thwarts law enforcement efforts to prevent crime.

These illegal activities are at a pandemic level. This allows public sector corruption, and it happens because BDCs facilitate the process for such activities. The shortcomings of BDC’s current operations far outweigh their importance, and they are either properly regulated or prohibited.

Center for Fiscal Transparency & Integrity Watch is an accountability platform based in Abuja, Nigeria.

Good journalism is expensive. Yet only good journalism can guarantee the possibility of a good society, responsible democracy and transparent government.

For free and ongoing access to the best investigative journalism in the country, we ask that you consider modestly supporting this noble enterprise.

By contributing to PREMIUM TIMES, you help maintain relevant journalism and keep it free and accessible to everyone.

Covid-19: vaccine certificate data will be protected by law and will work offline