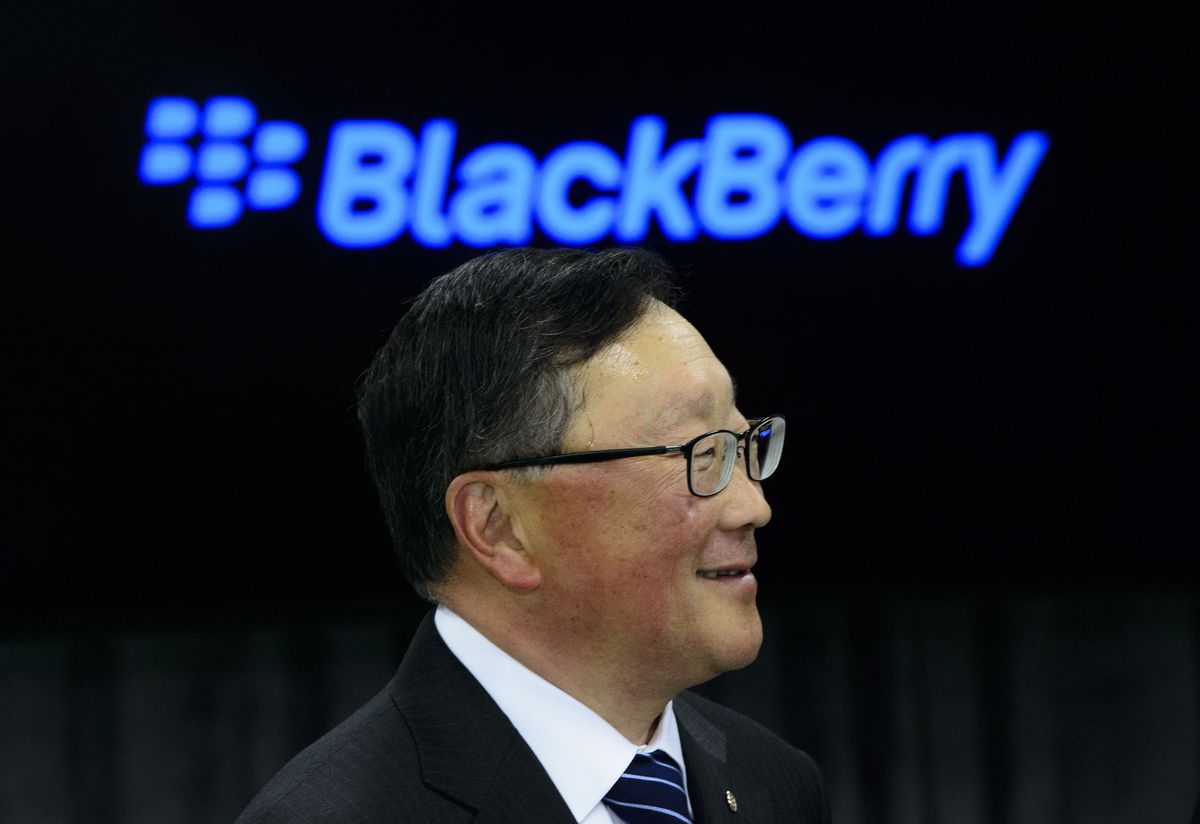 BlackBerry Ltd. CEO John Chen plans to sell about a third of his shares in the company over the next year, worth about US$22 million at current prices.

Its sell-off plan is being helped by last year’s meme stock craze, which temporarily pushed BlackBerry’s stock price higher. This triggered the performance target for Mr. Chen’s stock award in 2018 and opened the door for him to sell some of his holdings.

The company disclosed Mr. Chen’s plans in a securities filing on Wednesday. Mr. Chen’s business plan, developed to comply with U.S. and Canadian securities laws, begins in March and is expected to end in February 2023. The independent plan allows Mr. Chen to sell up to 2.9 million shares of BlackBerry, but he has no discretion over when the shares are sold once the plan is launched. The plan has a formula with minimum price thresholds for sales. If he wants to modify or terminate the plan, he must give 30 days’ notice.

Auto-sell plans like these allow company insiders to sell stock without risking being charged with insider trading or to sell the stock while being aware of important company news that is not have not yet been disclosed to the public.

BlackBerry has made stock awards the key component of Mr. Chen’s compensation since he took over as CEO in 2013. But even though Mr. Chen has already earned US$108.6 million from selling about 10, 8 million BlackBerry shares, the stock was unable to rise in a sustained fashion. acquired during the last eight years of his management.

The company formerly known as Research in Motion Ltd. has spent the last decade building on the strength of secure messaging that its BlackBerry handsets were once known for. Securing data transmissions, especially for corporate customers, is now one of the company’s core businesses, as is connected car technology. BlackBerry said in January that it did receive US$600 million from the sale of its old smartphone patents to an American company.

Upon Mr. Chen’s arrival in November 2013, the company gave him 13 million restricted shares which “vested” or became salable, gradually over the next five years. The company valued this award at approximately US$85 million, based on the stock price of US$6.52 at the time. Mr. Chen has not yet finished selling these shares.

In 2018, the company gave him an additional 10 million shares as an “extension reward,” valuing them at around US$106 million, based on the share price at the time of a just under 11 US dollars. Half of the shares would only be acquired if BlackBerry stock rose significantly – from 50% to almost 90% – over the next few years. Some of these actions would be covered by the new sales plan.

The bizarre “meme stocks” craze of early 2021 has given Mr. Chen a gift.

In late January last year, shares of BlackBerry listed on the New York Stock Exchange fell from US$7.44 to a high of US$28.77 within days. Most of the gains had disappeared by March, but the frenzy lasted just long enough for BlackBerry’s average price to hit US$18 for 10 days, triggering the acquisition of 3 million performance-based shares.

Mr. Chen currently owns about six million shares, plus three million shares held in family trusts. If he stays until November 2023, two million restricted shares will vest. He can receive an additional two million performance shares if BlackBerry hits US$19 and US$20 per share in future years.

At about $7.50 in Wednesday’s trading, BlackBerry’s U.S.-listed shares are up about 15% in the eight-plus years since Mr. Chen took over. Stocks listed on the TSX rose about 36%, helped by the decline in the value of the Canadian dollar. That return ranks it 152nd among the 199 members of the S&P/TSX Composite Index that traded during that period, according to S&P Global Market Intelligence.

Your time is precious. Receive the Top Business Headlines newsletter in your inbox morning or evening. register today.