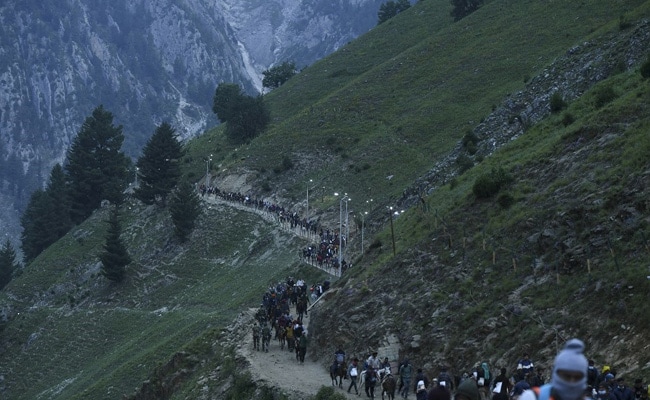 Every Amarnath pilgrim had a radio tracking device, many are still missing

The pilgrims had a radio-frequency identification device (RFID)-based tracking system on them, but several of them are missing and authorities are unable to locate them three days after flash floods near the shrine of the sacred cave of Amarnath in south Kashmir.

Officials on the ground admit that RFIDs are not helpful in such tragedies.

“There are very few readers installed and their signals are not transmitted,” said a senior police officer involved in the rescue operations.

According to the official, the data collected so far reveals that about 26,000 people were leading to the sacred cave. But how many came next was counted manually. The head count is still ongoing and data is being collected.

“The RFID data is not automated. We ask the yatris to hang the RFID around their necks, but most of them keep it in their bags or pockets and because of that the data transmission is hampered,” he added.

Safety officials involved in rescue operations have also said that if one drowns or gets caught in sleet – as was the case after flash floods – the RFID will stop transmitting the signal.

“We were counting manually and counting each person by contacting them by phone,” another officer said, adding that as of 4 p.m. Friday, 8,000 pilgrims had completed darshan.

“Rescue operations are continuing although no missing persons were found on Monday,” another official on the ground said.

The military is using specialist mountain and avalanche rescue teams to find possible signs of life in the snow bridge near the cave complex. Research operations are also carried out under the glaciers.

The yatra resumed on Monday with another group of 7,000 pilgrims.
But before starting their journey from Nunwan Camp, each pilgrim was given a tracking device. Although evidence shows that they are unable to provide live locations of individuals.

Questions are also raised as to how permission was given to erect tents in a nullah’s bed.

Former Chief Minister Farooq Abdullah has called for an investigation into how permits were granted to set up langar tents in such a vulnerable area.

At the same time, an alternative route, leveling the ground and preparing stairs using sandbags, was developed because the existing one was washed away.

“There was an immediate need to create a different route to the sacred cave for the yatris away from the water channel, so a new route was dug,” an official said.

Research into new materials sees transformations at the atomic level

KDDI (OTCMKTS:KDDIY) stock breaks below the 50-day moving average of $16.49