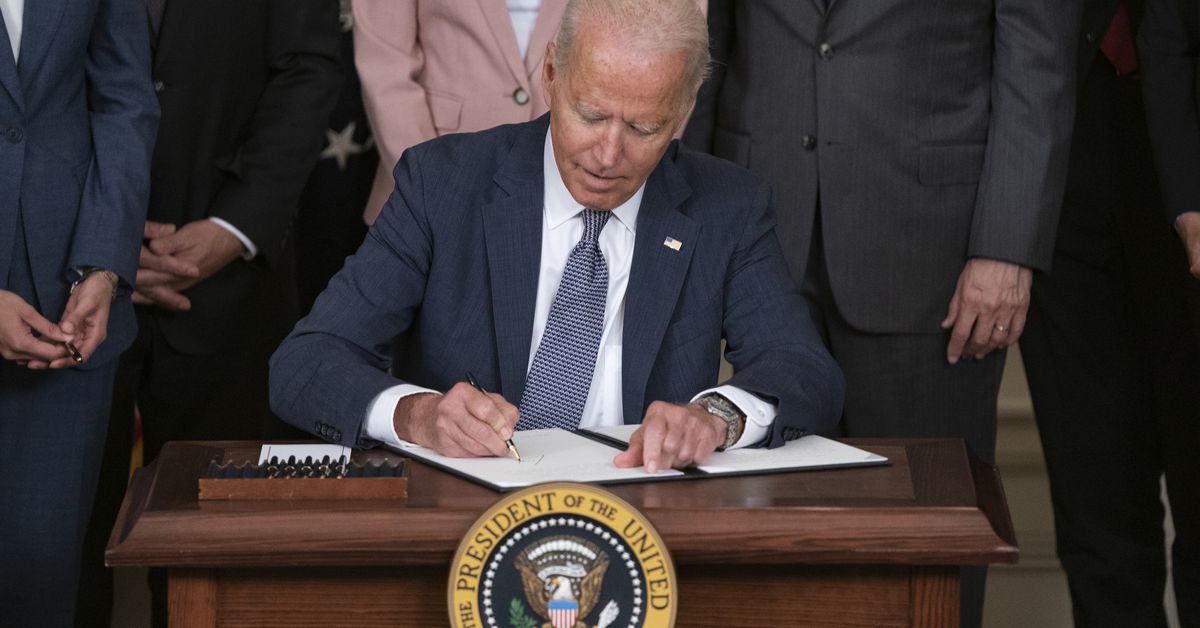 Earlier today, President Biden signed the Order on Promoting Competition in the U.S. Economy, which contained several provisions relating to net neutrality. The previous administration’s FCC and FTC overturned Obama-era rules in these areas, and there is now a clear program to restore them.

(v) initiate regulations that require broadband service providers to display a broadband consumer label, such as that described in the Commission’s public notice published on April 4, 2016 (DA 16-357), in order to to clearly indicate to consumers, concise and precise information concerning the prices and the expenses of the suppliers, the performances and the practices of the network;

(vi) initiate regulation to require broadband service providers to regularly report prices and subscription rates to the Federal Communications Commission for the purpose of disseminating this information to the public in a meaningful way, in order to improve price transparency and the functioning of the market; and

(vii) initiate regulation to prevent owners and providers of cable and Internet services from impeding the choice of tenants among providers.

The FCC is now tasked with reviving the ‘broadband nutrition label’ which was in development in 2016. The label would provide a standardized format for vendors to display their price, data allocations, and performance details, similar to the labels you currently see on food in the grocery store.

The FCC was also urged to initiate the process requiring ISPs to regularly report their prices to the FCC in order to help “improve price transparency and the functioning of the market.” As Multichannel news points out that implementing these changes will require the addition of a third FCC commissioner who will vote in favor of the measures, breaking the current 2-2 tie. Jessica Rosenworcel, current Interim President of the FCC said in a press release that “I salute this effort of the president to strengthen competition in the American economy and in the communications sector of the country”.

FCC Republican Commissioner Brendan Carr is expected to vote against many of these policies, and said that this ordinance “appears to double price controls, government-run networks and monopoly-type regulations – actions that would only make competition more difficult for small suppliers and new entrants.”

While ISPs like Comcast and Verizon have yet to respond to requests for comment from The edge, cable industry lobby groups quickly publish their own information.

Speaking on behalf of a group that represents “small and medium-sized cable operators,” American Communications Association president Matthew Polka has chosen to largely ignore everything in order. Instead, his statement targets what he sees as a lack of a competitive market for another target, studios and broadcast stations, in a statement that said â€œEvery day, our members are unfairly exploited by large video programmers and broadcast station groups, which is causing our customers’ video prices to skyrocketâ€¦ members are concerned that the dominant internet platforms and streaming services powerful choose not to make their services available to subscribers of some smaller ISPs.

The NCTA counts Comcast, WarnerMedia, Disney, Charter and Cox among its members and is openly in favor of a “Open internetâ€, As long as no one tries to classify broadband as a public service or adopts rules that will ensure that it stays that way. The Cable Industry Group issued a statement (no name attached) which says “We are disappointed that the Executive Order is rehashing misleading claims about the broadband market, including the tired and disproved claim that ISPs block or prevent consumers from accessing Internet content on the Internet. their choice”.

Likewise, CTIA represents the interests of its member wireless operators and speaks out against the ordinance. In its own statement, the association claims â€œThe highly regulatory approach described in today’s ordinance unfortunately risks harming consumers by diverting attention from bipartisan efforts to bridge the digital divide, preventing new competitive choices and innovation, endangering the creation of new jobs and unnecessarily risking the future technological leadership of our country â€.

On the other side, Free Press VP of Policy and General Counsel Matt Wood said “The FCC must undo the damage done by the Trump administration, which has presided over higher prices and lower broadband investment while claiming that a do nothing deregulation approach would solve these problems.” When the Trump FCC abandoned the proper legal and policy framework in 2017, people of all political stripes overwhelmingly opposed this repeal. When we finally have a full and functioning FCC dedicated to promoting the public interest again, the agency can get the job done – taking the actions outlined in today’s executive order and more.