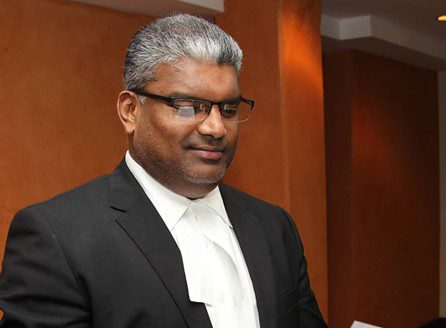 Former Attorney General Anand Ramlogan has filed a constitutional complaint challenging a High Court judge’s decision to grant warrants to tap his phones amid a police investigation into allegations of witness tampering against him.

He alleged that his constitutional rights to equality before the law and to privacy and family life were violated when Judge Gillian Lucky granted the warrants.

Court documents filed by Ramlogan’s legal team argue that the issuance of the warrants was unlawful, as was the retrieval and collection of communications data pursuant to warrants under the Interception of Communications Act (IOCA); and that there was an apparent bias on the part of Judge Lucky with whom he had a public disagreement when she was director of the Police Complaints Authority (PCA).

The judge issued a total of ten interception orders in May 2015 and May 2019.

Ramlogan’s attorneys argue that the wrong procedure to obtain warrants under IOCA and the Indictable Indictment (Preliminary Inquiry) Act (IOPEA) was used.

“The essence of these complaints is that the state misapplied primary legislation, namely IOCA to secure access to private telecommunications data belonging to the defendant and that after being wrongly and in bad faith, he abused the IOPEA Section 5 warrant process,” the filing reads.

Ramlogan’s constitutional claim, which delayed the start of the preliminary investigation into his criminal case, was heard on Wednesday before Judge Nadia Kangaloo.

The former AG is charged with obstructing justice by using threats and bribes to persuade APC manager David West not to testify in his [Ramlogan’s] libel case against then Leader of the Opposition Dr. Keith Rowley; and misconduct in public office by improperly trying to keep West from testifying on Rowley’s behalf, in October 2014.

As well as being the subject of an investigation which began in February the following year, Ramlogan was sacked by then Prime Minister Kamla Persad-Bissessar.

The serious impact of undersea fiber optic cable if cut