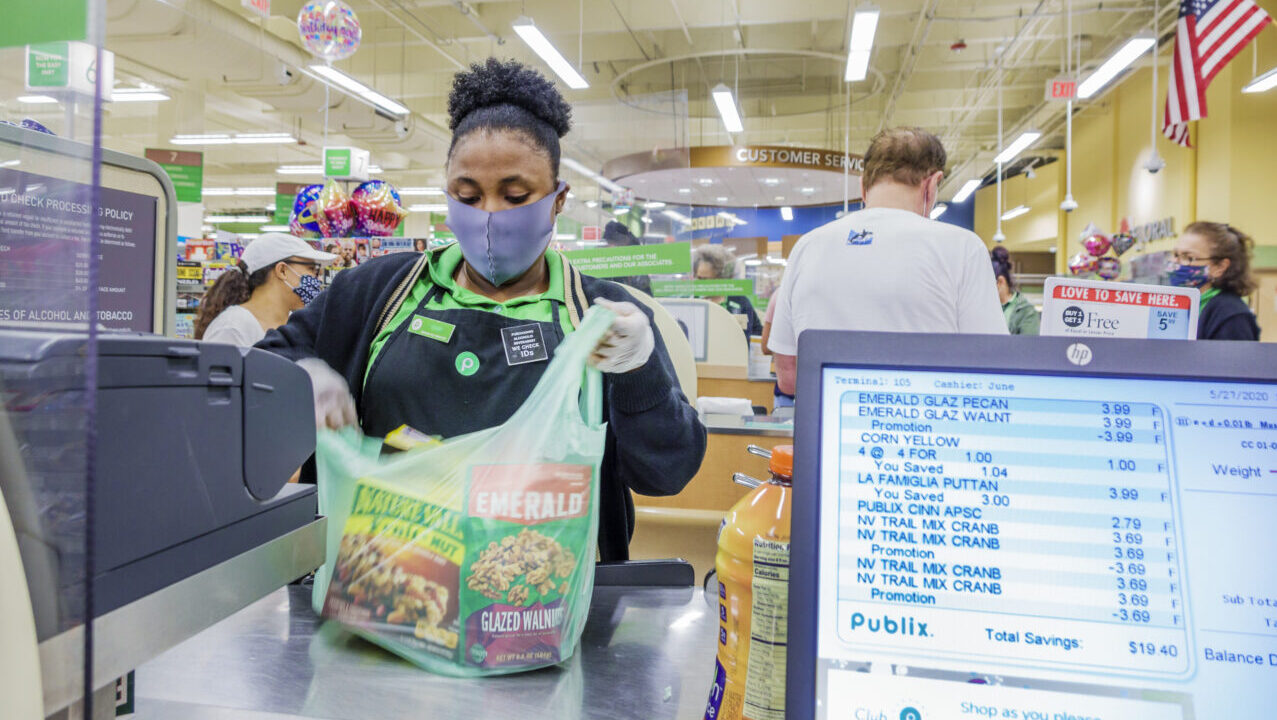 From businesses to workers, inflation is taking its toll on black communities

Black business owners feel they are bearing the brunt of high rates of inflation, but experts cite the 1980s as an indication that the worst is yet to come for the black community as a whole.

Khari Parker, co-founder of Connie’s Chicken and Waffles in Baltimore, said leGrio there is increased pressure for black-owned businesses to weather rising inflation without signaling to customers that there are challenges.

“We intentionally, you know, struggled internally with the price hike because we want to make sure the customer is getting amazing food and an amazing experience,” Parker explained.

In an era of labor shortages, scarcity of supply and inflated prices, some black businesses have been reluctant to make changes that could impact customer experience out of deep-rooted fears of feeding stereotypes. .

“When we started the company, we said we wanted to dispel any kind of myth that African-American businesses can’t do things as well as any other business,” Parker added.

According to crosstab data from a recently released Goldman Sachs survey, exclusively obtained by leGrio, 60% of Black small business owners raised prices for products or services, compared to 68% of the overall population of business owners.

Additionally, the survey indicates that Black-owned small businesses are more likely to say inflation has had a very negative impact on their financial health.

Census data shows that there are more than two million black-owned businesses in the United States, but other areas that have a high representation of black workers are the public and federal sectors. These divisions of labor are likely to see the long-term negative effects of inflation.

Public and federal sector paychecks are funded by tax revenues, and during periods of high inflation, tax revenues can be affected due to lower consumer spending. Terrence Melvin, president of the Coalition of Black Trade Unionists, warns that a blow to the public sector will create cyclical economic problems for many black households.

“That’s one of the reasons our unemployment rate is going up, because we’re in these vulnerable jobs,” Melvin argued.

After being laid off, Melvin added that former local, state and federal workers in need of government assistance typically turn to the same offices they once worked for resources, only to find that government agencies are now understaffed. This was the case in the 1980s when inflation reached 6.16%.

Black unemployment hit a record high of 21.20 in January 1983 after Paul Volcker, then chairman of the Federal Reserve, raised interest rates in an effort to reduce inflation by shocking the economy with an induced recession.

“The effects of this were felt throughout the 80s,” said Kyle Moore, economist for the Race, Ethnicity and Economics Program at the Economic Policy Institute. “Unemployment has well-documented negative effects on people’s psyches and temperaments.”

Moore sees a connection between the high black unemployment rate of the 1980s and a more notable increase in drug abuse rates during this period.

Moore and Sorrow Chelwa, research director for The New School’s Institute on Race, Power and Political Economy agrees that workers who are able to bargain should demand that their wages be indexed to inflation. They predict this would keep wages in line with inflation and reduce the impact of rising prices on individual consumers.

“It’s not very easy for you to raise your salaries,” Chelwa warned. “Most people, black people, marginalized workers, poor people don’t have that kind of power, to be able to immediately command a wage increase, that allows them to be covered, for inflationary increases.”

Moore and Chelwa believe it is more likely that unionized workers will be able to earn indexed wages. LeGrio request April Verrett, president of the 2015 SEIU California Local, if she was considering negotiating the option. She said leGrio she would be willing to pursue it, but thinks wages alone need to reach a living wage before inflation is factored into the equation.

“We can do all the negotiations and enhanced negotiations and add that, then,” Varrett explained. “But if we don’t have workers leaving where they have a chance of succeeding in this economy, you know, something has to change.”

Dana Peterson, chief economist and head of the center for economics, strategy and finance at the Conference Board has warned that raising wages outside of a contract in the event of an inflation strike could trigger a wage-wage spiral. price.

“A wage price spiral is a very negative thing, because that’s how prices get out of control. And that’s when the [Federal Reserve] should come in and really put the hammer down,” Peterson said.

Black consumers are also being hit hard by inflation. Peterson pointed out that the erosion of purchasing power adds to the challenges of maintaining economic stability during the pandemic.

One area that many experts are keeping tabs on is the housing market. Black home ownership hit its lowest rate since the 1960s last year. Inflation limiting purchasing power and the prospect of rising interest rates are likely to impact efforts to increase black homeownership.

“The unfortunate side of the pandemic that has kind of come and gone now is that during the pandemic we had some of the lowest interest rates that have ever been available in the country,” Brian Young, said the CEO of Home Lending Pal leGrio. “In some cases now those interest rates are going up.”

Home finance experts recommend comparing loan rates and reviewing as many loan offers as possible to combat the market outlook. One tool that has emerged in an effort to achieve indiscriminate lending rates is Home Lending Pal, a digital program that uses blockchain technology to present potential borrowers’ financial information to lenders without disclosing demographic information.

Young is bullish on modest increases in interest rates. He thinks it will provide opportunities for home buyers.

“Right now it’s really a seller’s market, and you’re going to see it turn back into a buyer’s market,” Young added.

a new requirement for the evolution of computing and analytics