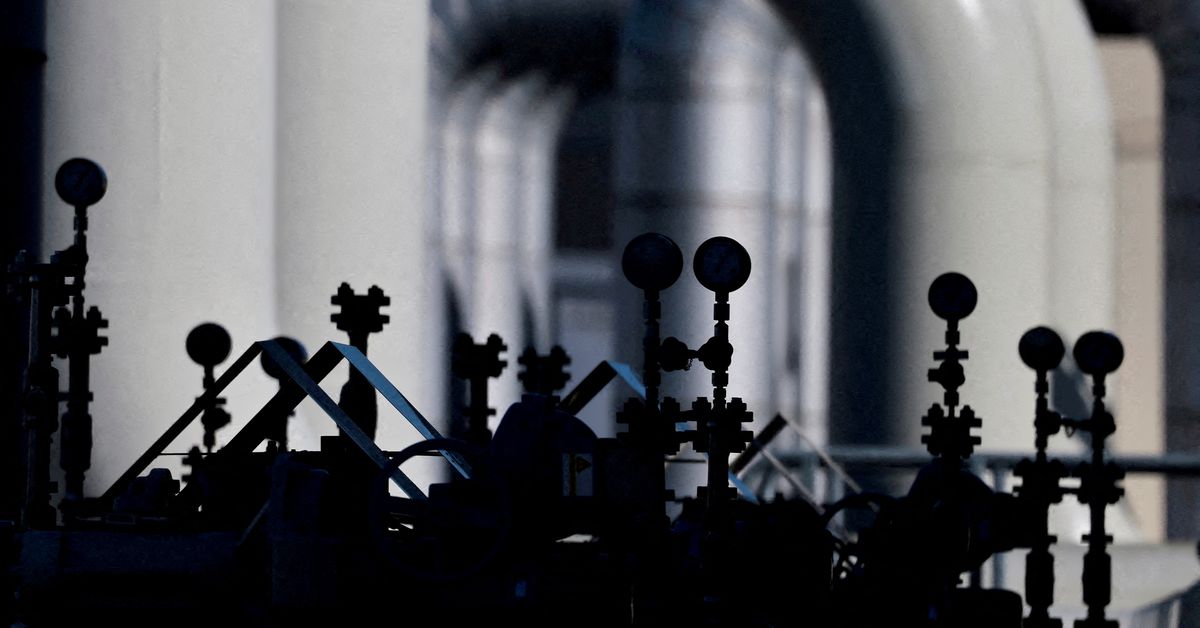 Pipes from the landing facilities of the ‘Nord Stream 1’ gas pipeline are pictured in Lubmin, Germany March 8, 2022. REUTERS/Hannibal Hanschke/File Photo

BERLIN, Sept 3 (Reuters) – Germany’s gas storage facilities met their October target of 85% on Friday despite a prolonged shutdown of the main gas pipeline bringing gas from Russia to Germany, it was revealed on Saturday industry data from the European operator group GIE.

Storage levels are already at 85.02%, suggesting that businesses and citizens in Europe’s biggest economy are heeding the government’s call to save gas to get through the winter given the reduction of Russian gas imports.

“The reason for this is often not efficiency gains, but a dramatic drop in production. This is not a success, but an expression of a massive problem,” Russwurm said.