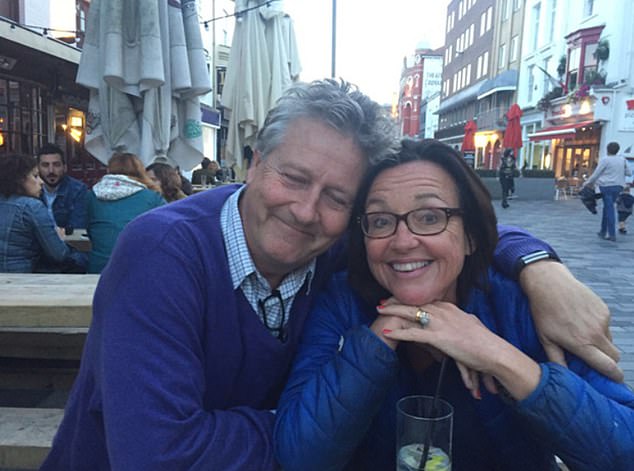 Highly sensitive medical records, including details of abortions, HIV tests and mental health issues, have been leaked online after a major cyberattack.

The gang demanded a ransom of Â£ 3million in Bitcoin cryptocurrency, but when Stor-A-File refused, hackers dumped tens of thousands of files on the ‘dark web’, a secret part of Internet used by criminals and terrorists.

The documents contain details of British women who had abortions at clinics run by Marie Stopes and the British Pregnancy Advisory Service (BPAS), including names, dates of birth, home addresses, phone numbers and even fetal scans.

CHALLENGE: Stor-A-File founders Simon and Helen Cockbill, who were targeted

It is understood that the NHS records are from PM practices and no NHS trusts data lost in the attack.

The hacker gang, known as Clop or Fancycat, claim that the stolen files also contain the names of British servicemen in Kuwait and people working in military intelligence, although this could not be verified.

The Defense Ministry said it was unable to comment while an investigation was underway.

The Information Commissioner’s Office, which can impose fines of millions of pounds on companies that fail to protect customer data, is also investigating, as is the National Crime Agency.

“It shows once again that these hacking gangs really don’t care who they hurt.”

Stor-A-File employs 90 people and was founded in 1977 by husband and wife Simon and Helen Cockbill.

The company discovered the September 2 attack when staff were unable to log into their computers and messages appeared on screens demanding that $ 4 million in Bitcoin be wired or hardware disclosed.

A spokesperson for Stor-A-File said: “We believe that dealing with criminals is irresponsible and will only serve to perpetuate this type of activity. Police have advised against doing so, under any circumstances. .

The spokesperson added: â€œOur customers were notified once it was established that their data may have been compromised.

â€œThe National Crime Agency has offered support and advice to some of those affected by this incident. We deeply regret any concerns that may have been caused.

Spokesmen for Marie Stopes clinics and BPAS said they had contacted all patients whose contact details had been leaked by the hackers.

When governments challenge the people: the authoritarian plan of oppression