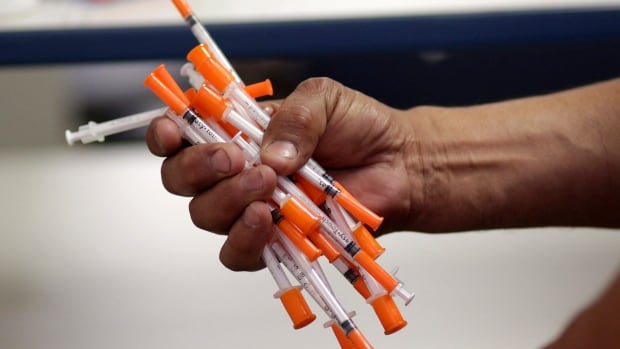 Reduced access to HIV services amid early COVID-19 shutdowns in British Columbia was associated with a “sharp increase” in HIV transmission among some drug users, a new study indicates.

The study by researchers at the University of British Columbia indicates that while the reduction in social interactions from March to May 2020 helped reduce HIV transmission, it may not have “compensated” for the increase caused by reduced access to services.

The study, published in Lancet Regional Health, found that fewer people started HIV antiretroviral therapy or undertook viral load testing during the shutdown of services, while visits to overdose prevention services and safe drinking sites also declined. He used data that spanned from 1996 to 2021 and included thousands of samples.

The total number of new HIV diagnoses in BC has continued to decline for decades.

But Dr Jeffrey Joy, lead author of the report released on Friday, said he found a “surprising” spike in transmission among some drug users as businesses were closed.

Joy said transmission rates among drug addicts had previously been fairly stable for about a decade.

“It’s because there has been a very good penetration of treatment and prevention services in these populations,” he said in an interview.

British Columbia was a world leader in outbreak surveillance, which means the findings are likely applicable elsewhere, Joy said.

“We’re uniquely positioned to find these things,” he said. “The reason I thought it was important to do this study and get it out there is [because] it probably happens everywhere, but other places don’t monitor their HIV epidemic the way we do.”

Rachel Miller, co-author of the report, said health authorities must consider innovative solutions so that measures “put in place to deal with one health crisis do not inadvertently exacerbate another”.

“These services are the frontline defense in the fight against HIV/AIDS. Many of them have faced disruptions, closures, capacity limits and other challenges,” Miller said in a statement. Press release.

“Maintaining access to and engagement with HIV services is absolutely critical to preventing regression in epidemic control and unnecessary harm.”

“Although the long-term effects of disruptions in engagement with HIV care services are not yet visible, mathematical modeling studies estimate that the negative impacts are substantial,” the study states.

The Health Ministry did not immediately respond to requests for comment.

The researchers said the spike among “selected groups” could be attributed to a combination of factors, including housing instability and diminished trust, increasing barriers for many people who normally receive HIV services. .

British Columbia is set to become the first province in Canada to decriminalize possession of small amounts of hard drugs in January, after receiving a temporary federal exemption in May.

Joy said this decision, along with measures such as safe supply and safe needle exchanges, will make a difference in avoiding similar problems in the future.

“The take-home message here is that in times of crisis and public health emergencies or other crises, we need to support these truly vulnerable populations more, not less,” he said.

“At a minimum, we need to give them continuity and access to their services that they depend on. Otherwise, it just creates problems that can have long-term consequences.”