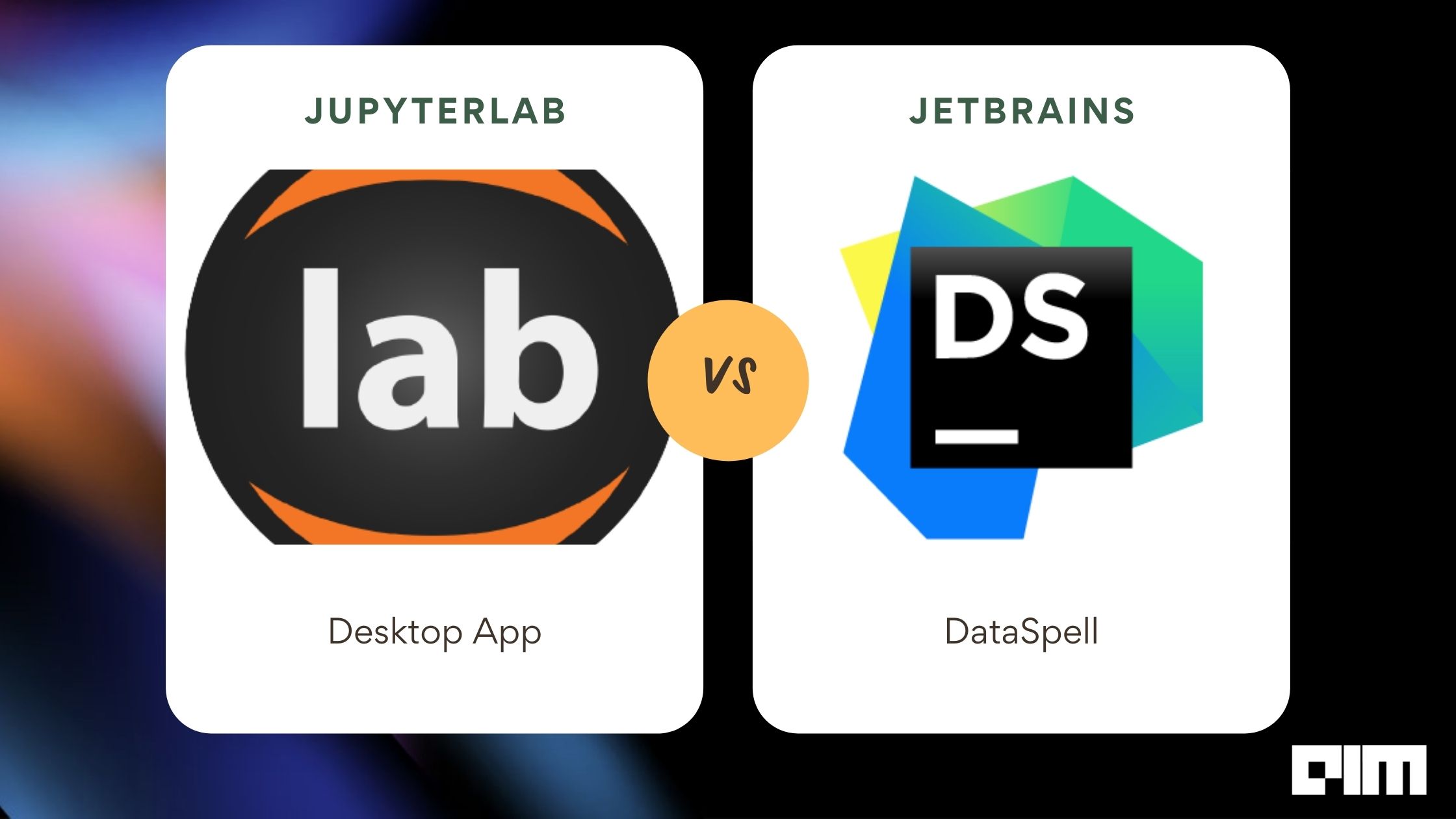 The market for data science IDEs is not too crowded. On the one hand, there’s Jupyter for maximum interactivity, and on the other, there’s PyCharm for a professional vibe. Text editors such as VSCode can also be used; however, they take time. Dataspell is a new entry on the block, an IDE designed specifically for data scientists. Let’s take a look at the features of JupyterLab and JetBrains Dataspell.

JupyterLab is an open source web application, described as “the distribution of standalone cross-platform applications from JupyterLab.” “This is a stand-alone desktop application that includes a Python environment and many leading Python libraries preconfigured for use in scientific computing and data science operations.” Previously JupyterLab was kept in a web browser environment, but with the latest enhancements it is now a standalone application.

JetBrains announced the release of new Integrated Development Environments (IDEs) for data scientists who build AI models using various programming languages, including Python. The new IDEs will be offered to data scientists through an early access program, improving the experience of traditional notebooks. JetBrains DataSpell will provide data scientists with an enhanced experience for managing and writing code. You can register here.

However, the new IDE will not replace Jupyter laptops, but rather work alongside them on local PCs. Jupyter notebooks are complemented by foldable tracebacks, smart Python code help, interactive tables, and out-of-the-box tables of contents, which make it easy to adhere to best practices.

Andrei Cheptsov, Product Manager at JetBrains, said, “There has never been a dedicated data science IDE in the Python ecosystem. People engaged in data research had to use editors, integrated developer development environments, or stand-alone Jupyter notebooks ”. He continued, “JetBrains anticipates that DataSpell will provide a more convenient and efficient environment for working with data in general. The developer has indicated that features related to data manipulation will be given priority. “

This is because JupyterLab supports different languages ​​and allows users to choose their display language using the language pack included with Jupyter. JupyterLab has moved to Jupyter Server from version 3, a new Jupyter project built on the server element of the traditional Notebook server. This package includes a Command Palette that appears as a floating window above the JupyterLab workspace, allowing users to quickly launch a command while leaving the sidebar closed or navigating between panels. the sidebar.

The JupyterLab application is compatible with Linux, macOS and Windows operating systems based on Debian and Fedora. Each platform has a one-click installer. The current version of Jupyter includes a new visual debugger, as well as new methods of publishing and installing extensions through the Python pip or Conda packages. Additionally, the company made it possible to install these without needing to build JupyterLab with Node.js.

The Jupyter notebook experience has been enhanced with smart Python coding assistance, an out-of-the-box table of contents, foldable tracebacks, and interactive tables. Cell outputs are Markdown and JavaScript compatible.

JetBrains DataSpell caters to the growing ranks of enterprise data scientists, as opposed to other types of professionals who work with computer code. The team of data scientists can optimize their workflow and successfully deploy a small number of AI models. They leverage state-of-the-art tools to navigate big information in less time, making it easier to work on many projects simultaneously. The tools can help companies attract and retain data scientist talent while taking into account various aspects, including salary. In addition, the tools are able to write complicated code. The goal is to increase the productivity of data scientists in order to launch numerous AI initiatives while increasing revenue and reducing costs. Additionally, the company’s digital transformation initiative can help navigate data more easily without interfering with code.

The overall impression of DataSpell is favorable as it extracts from PyCharm all the critical functionality required for data science applications. DataSpell has dramatically improved the Notebook experience. Additionally, DataSpell supports R, and the JetBrains team is working to improve their support for the R language and support for other data science-related languages, such as Julia. For all of these reasons, data scientists will undoubtedly give DataSpell a try once it is officially released.

Receive the latest updates and relevant offers by sharing your email.

Nivash holds a doctorate in information technology. He worked as a research associate in a university and as a development engineer in the computer industry. He is passionate about data science and machine learning.