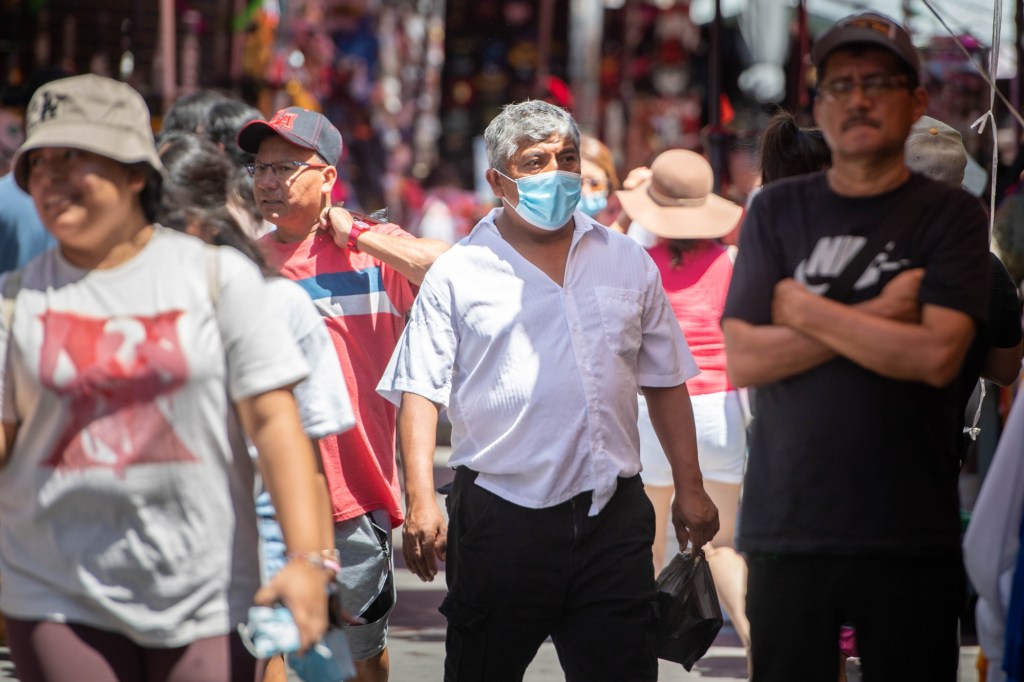 Just weeks after dropping from the federal government’s “high” COVID-19 activity category to “medium” on the back of falling hospitalization rates, Los Angeles County could soon move into the “low” category. “As the number of cases continues to drop, public health said the director on Tuesday, August 30.

Barbara Ferrer told the oversight board that transmission of the virus still remains high, but based on official infection numbers, the county could move to the United States Centers for Disease Control and Prevention’s “low” virus activity category. United States over the next week.

The categorization change would have no practical effect for residents, other than sending a message of an overall slowdown in virus transmission.

Moving into the “low” category will require the county’s hospitalization rate to stay below that threshold and the rate of new infections to fall below 200 per 100,000 population. That rate has steadily declined, hitting 213 per 100,000 people on Tuesday, down substantially from a month ago, Ferrer said.

“It is possible that LA County … could move to low community level next week, if this case rate drops below 200,” Ferrer said.

She noted, however, that the official infection numbers reported by the county and the CDC represent an undercount of the true number of cases occurring locally — thanks to the proliferation of home testing.

But Ferrer said recent hospital numbers were skewed by a glitch in the data collection system hospitals use to report admission numbers to the state. This issue has led to a revision in the number of hospitals over the past week. She said on Tuesday the county’s COVID hospital admission rate was 8.7 per 100,000.

She also said that while the drop in the rate of transmission is good news, a rate of 200 per 100,000 people “is still high” and that residents should continue to take all available prevention measures to prevent infections. She urged residents to take that message to heart over the upcoming Labor Day weekend.

On Tuesday, the county reported 2,090 new COVID cases, bringing the overall total for the entire pandemic to 3,405,184. Another 14 virus-related deaths were also reported, giving the county a death toll of 33,138.

All of the 14 newly reported deaths had underlying health conditions.

The average daily rate of people testing positive for the virus was 8.1% on Tuesday.

According to state data — which is under review due to the data collection system issue — there were 841 COVID-positive patients in county hospitals on Tuesday, up from 889 on Saturday. Of these patients, 92 were being treated in intensive care, compared to 102 on Saturday.

Health officials said about 43% of hospitalized COVID-positive patients were actually admitted for a virus-related illness, while the rest were admitted for other reasons, with some only learning they were infected only when tested in hospital.