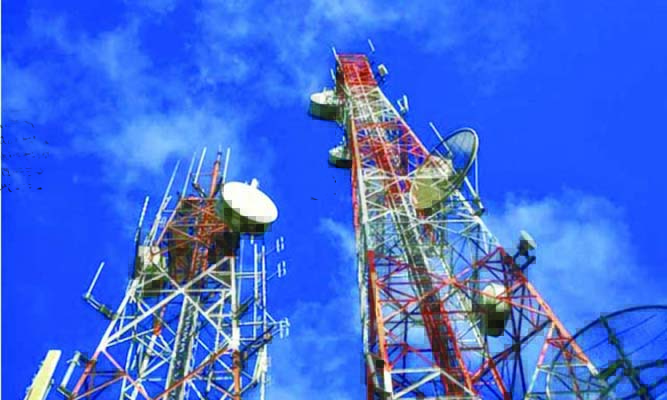 Connectivity (ie telecommunications) is the first pillar of Digital Pakistan. But whatever Global ICT Index you look at, our telecommunications sector lags behind all of our neighbors (except Afghanistan). We don’t need any proof of that. As consumers, we all know that the quality and speed of broadband internet is pretty pitiful, except in some affluent areas of big cities. During the pandemic, students struggled to study online, knowledge workers couldn’t work from home, our huge freelance export potential remains largely untapped, etc.

Like almost all developing countries, the primary access to the Internet for us Pakistanis is via mobile. According to the Pakistan Telecommunications Authority (PTA), out of 104 million broadband subscriptions in the country, 102 million are mobile. This is why Digital Pakistan’s dream is based on mobile broadband. And since mobile relies entirely on spectrum, spectrum is of great importance.

However, Pakistan is one of the most spectrum deprived countries in the world. The total amount of spectrum released in Pakistan is the lowest in the region, let alone in Afghanistan. It is not that the spectrum is unavailable. A huge amount of unused spectrum is there with the government, ready to be released. Unused spectrum is losing its economic potential with each passing day.

So why was most of the spectrum offered not sold last week?

For that, we’ll have to go back to the 2014 spectrum auction – held after a long 10-year hiatus, delaying the introduction of mobile broadband in Pakistan (in the 3G era) by at least five years. However, due to strange conditions and high floor prices at auction, not all of the spectrum was sold. And whatever spectrum was sold, it did not sell above auction floor prices. No one bids higher. No “offer” was made as such.

In 2016 and 2017, two spectrum auctions were held, not for new spectrum, but to sell the unsold spectrum from 2014. Only one mobile network operator (MNO) showed up each time and raised the spectrum offered. at the floor price. No bidding again.

There were lessons to be learned here. Being first and foremost; the market decides the best price for any country. Whenever there is an attempt to manipulate the market (eg setting high floor prices) things start to fail. The greater the manipulation, the greater the impact.

Market decisions are based on the specific socio-economic circumstances and parameters of the country, such as the country’s economic situation, security situation, size, terrain, ARPU (average income per user), etc. . For example, Pakistan is fortunate to have one of the lowest ARPUs. worldwide (about $ 1.23). According to ‘Alliance for Affordable Internet’, in terms of consumer tariffs, we are 18th lowest in the world (for comparison, Bangladesh with an ARPU of around $ 1.71 is ranked 45th).

For example, Pakistani MNOs earn in pak rupees, but spectrum prices are pegged to the US dollar. It might not have been a big deal if the rupee had been more stable (like BD Taka). The devaluation of the rupee in the last few years alone has already raised spectrum prices by more than 50%.

In the last auction, it is also necessary to double the internet speeds. Now, there is no doubt that we need better (much better) broadband speeds. However, it’s also understandable that improving speed requires more investment in ground infrastructure. Therefore, it might have been better to give the mobile network operators some ‘relief’ in spectrum prices (not as a favor to them) but then force them to invest much more in infrastructure for the future. dramatically improve data quality and speed.

Spectrum also has an impact on climate change, as less spectrum used means the same spectrum has to be reused more often. This requires more radio base stations, which means more energy consumption, that is to say more greenhouse gases released into the atmosphere. In a country where the Prime Minister is a strong supporter of green initiatives, we could push MNOs to use more spectrum with as few base stations as possible.

To be fair, we must also state the counter-argument. Government officials say the problem is not related to the high floor prices, in fact there is no demand for spectrum in Pakistan. As proof, they cite the examples of the three previous spectrum auctions (2014, 2016 and 2017 described above).

If this is true, it is again up to the government to determine the reasons for the low demand in Pakistan, as there appears to be an ever increasing demand for spectrum from MNOs around the world. Some governments appear to be bending over backwards to provide more spectrum to their MNOs. China, Japan, Russia, etc. even give it away for free. Surely they are not doing it to help businesses. They do it because it has a positive impact on their savings.

So where do we go from here?

First, the mindset – that these private companies are making a lot of money, so it’s fair to extract as much as possible – needs to change. We must stop treating wealth creation as a crime. Second, the full and absolute focus on up-front spectrum charges must change. It was the norm in the world 20 years ago. It’s no more. Nowadays, advanced countries focus more on the socio-economic development that results from the use of broadband.

Our affected officials are all of integrity, well-intentioned and mature. All they have to do is swallow the pride, cancel that auction, and start over. All public and private actors must come together – as partners and not adversaries – and collectively identify the issues. For example, if “lack of demand” is identified, then dive deeper to find out why there is only a lack of demand in Pakistan. And solve the problem.

Ultimately, we need decisions in which everyone has a stake and which is beneficial to the nation as a whole. The consequences of being left behind in broadband (which is happening) are too serious and far too far reaching for the country.

This arduous exercise would mean setting the country back another six months. So be it. On a lighter note, as the Prime Minister often says, there is no military solution!

The writer is the former CEO of the Universal Service Fund and provides ICT consulting services in several countries in Africa and Asia.

How This Teleco Turns Into A Data-Driven Business, IT News, ET CIO