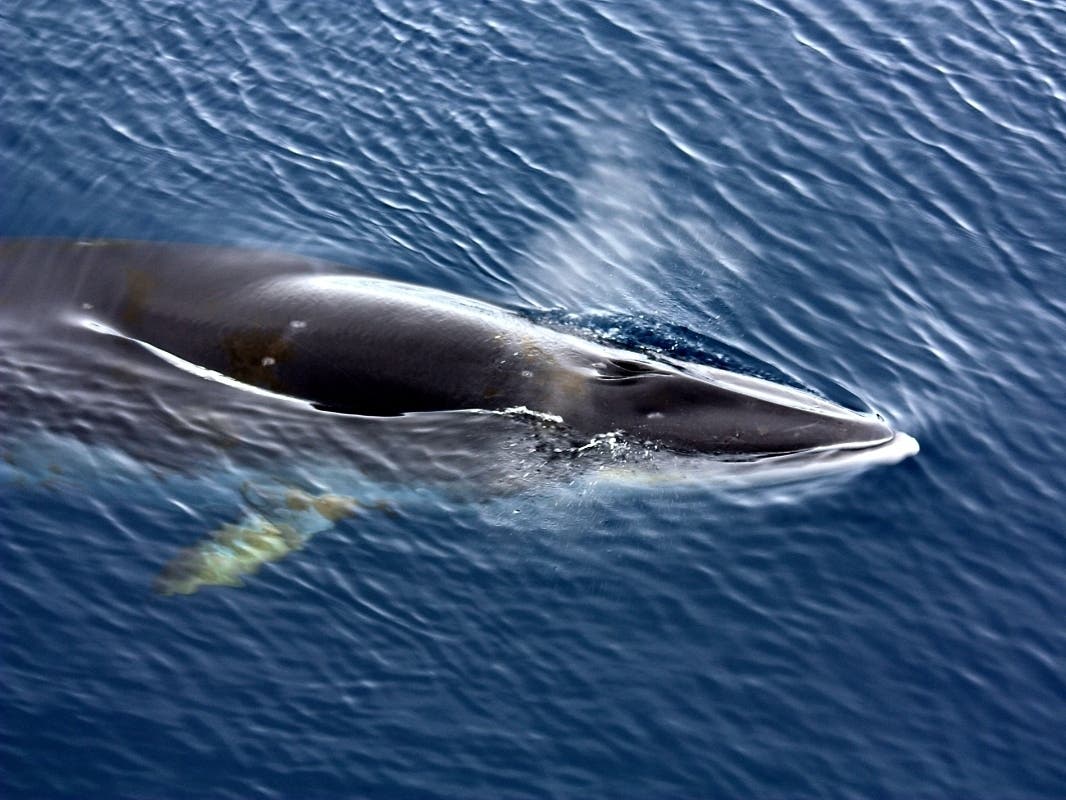 MYSTIC, CT – A dead juvenile minke whale entangled in a fishing line was found floating off Point Judith in Rhode Island on Monday and the Mystic Aquarium was called in to help determine and investigate the animal’s death .

It remains to be determined whether the entanglement in the fishing line was the cause of death.

Mystic Aquarium was called on Monday and will be on site for what should be the next few days to assist with the autopsy and the recovery of material for further study, according to a press release from the Aquarium.

The U.S. Coast Guard was able to locate the carcass and coordinated with RI DEM to secure and transport the whale to shore near Wakefield, where Aquarium teams joined by the Atlantic Marine Conservation Society performed an autopsy. field and retrieved the material for further analysis by the National Marine. Fisheries Department.

It is reported by the Aquarium that the whale was in an advanced state of decomposition, “which makes it difficult to conclude anything definitively.”

“We cannot say that entanglement is the definitive cause of death at this time,” the press release said. Samples have been collected and will be further analyzed in the coming weeks.

In its press release, Mystic Aquarium said its “scientists point out that the death of this minke whale is a clear and vivid example of the need to prioritize investments in conservation research, as experts continue to fight against the wave of extinction of cetacean species that are disappearing from our oceans. “

â€œThe tragic loss of this animal is a sad but important reminder of the dire circumstances that many cetaceans are currently facing,â€ said Dr Stephen M. Coan, CEO of the Aquarium. “The environment in which these whales live is changing rapidly due to the impact of human activity and climate change. We must do everything now to ensure a future for these incredible species.”

This photo shows a dead animal and may be disturbing to some readers.

According to data from the National Oceanographic Atmospheric Administration, more than 100 minke whale strandings have been reported since 2017. North Atlantic right whales, which are on the verge of extinction, and humpback whales are also vulnerable to strandings and fatal events, and had reported more than 150 strandings since 2016, according to NOAA.

In addition to rescue responses and marine mammal mortality investigations, researchers at the Mystic Aquarium are studying belugas on site in the Arctic Coast habitat, which is currently home to eight beluga whales. By collecting information within the controlled framework of this state-of-the-art habitat, scientists hope to uncover more information about why threatened wild populations of beluga whales and other whales are steadily declining.

Since 1975, the Animal Rescue Program has rescued, rehabilitated and freed sick, injured and stranded marine animals along 1,000 miles of the northeast coast of Connecticut, Rhode Island and Fishers Island, New York. The animal rescue team answers an average of 150 phone calls each year. The Aquarium encourages anyone who finds a stranded or injured marine mammal or sea turtle to call the 24-hour Animal Rescue Hotline at 860.572.5955 x107.

What marketers need to know about call tracking