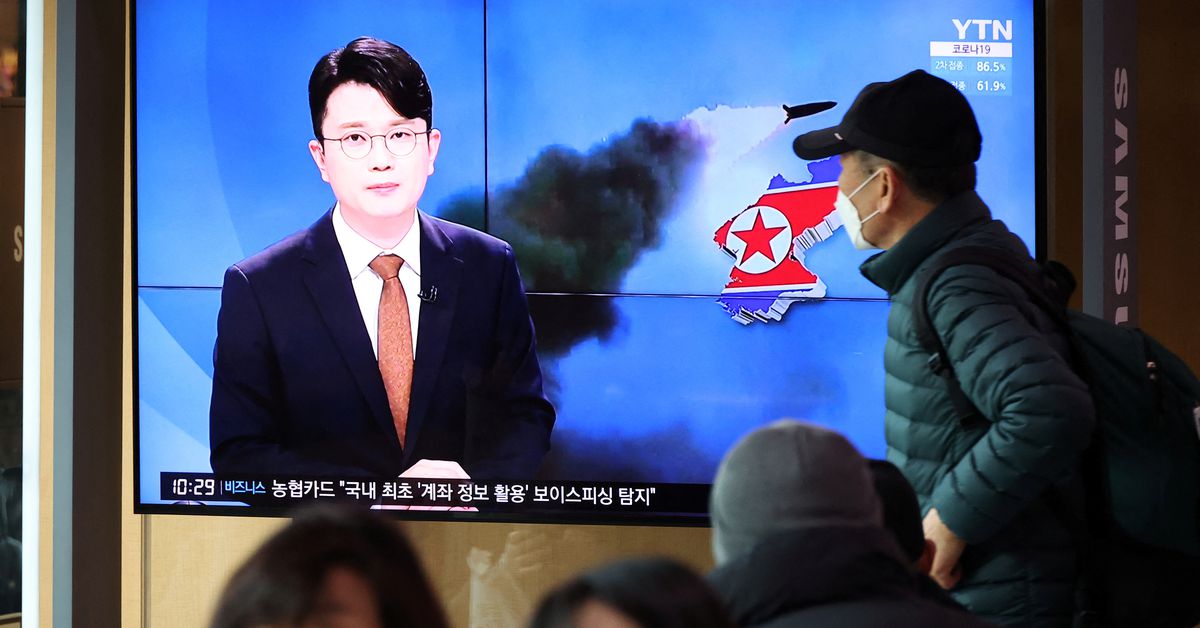 People watch a television broadcasting a report on the firing of a ballistic missile by North Korea off its east coast, in Seoul, South Korea, March 5, 2022. REUTERS/Kim Hong-Ji

SEOUL, March 6 (Reuters) – North Korea said it had carried out “another significant test” for reconnaissance satellite systems, the official KCNA news agency reported on Sunday, a day after regional military authorities announced the launch of a ballistic missile from the country for the second. time in a week.

The launch has been condemned by the governments of the United States, South Korea and Japan, which fear the North is preparing to carry out a major weapons test in the coming months. They see the North’s satellite launches as thinly veiled tests of ballistic missile technology banned by United Nations Security Council resolutions.

It was the second such launch in a week to test satellite equipment and the ninth missile launch this year.

“Through the test, NADA confirmed the reliability of the satellite’s data transmission and reception system, its control-command system and various ground control systems,” KCNA said.

As in the last test on February 27, KCNA did not specify the type of rocket used during the launch.

Data storage from space to Earth: 3 takeaways for the real world

TSMC to hire more than 8,000 people for capacity expansion