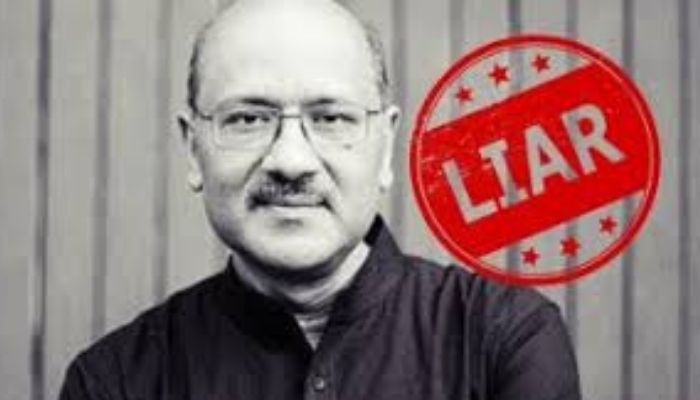 Shamika Ravi tweeted: “The irony! The Print uses clickbait headlines to explain our article, the gist of which is: Negativity Sells on Twitter! Truth takes six times longer to reach 1,500 people than lies. Negative tweets do significantly better.

Irony! @ThePrintIndia use 👇 the clickbait title to explain our article, the gist of which is: negativity sells on Twitter! Truth takes six times longer to reach 1,500 people than lies. Negative tweets do significantly better. (1/2) https://t.co/2Q0fhihU7e

The ORF recently published a research paper titled “Social Media and Political Leaders: An Exploratory Analysis”. This research paper is authored by Shamika Ravi and Mudit Kapoor. The objective of this research article was to describe comprehensive and systematic trends on the frequency with which the two political leaders, Narendra Modi and Rahul Gandhi, use Twitter to communicate with a wider audience and the number of retweets, likes and quotes generated by their tweets. The research also aimed to understand if tweets with different sentiments (positive, negative and/or neutral) are amplified differently in terms of the number of retweets and likes.

The research concluded that Rahul Gandhi who is followed by 20 million Twitter followers attracted more likes and retweets than the likes and retweets attracted by Narendra Modi who has over 75 million Twitter followers. The research paper also concluded that this difference is due to Rahul Gandhi repeatedly posting tweets that amplify negative sentiments. In stark contrast to this, Narendra Modi’s tweets have proven to be ones that amplify positive sentiments.

Reporting based on this research, The Print by Shekhar Gupta wrote a headline that reads “Modi has more followers and tweets than Rahul, but gets less engagement, ORF study finds” .

Modi has more followers and tweets than Rahul, but gets less engagement, ORF study finds@shankerarnimesh reports for ThePrint https://t.co/bojEYAxm8n

The title used by The Print is a manipulation of both the aims and conclusions of said research by the ORF. The Print report focused on the number of favorites in his headlines, implying that Rahul Gandhi is more popular than Narendra Modi, at least among netizens. He cleverly concealed Mudit Kapoor’s response that this study aimed to understand not only how the two leaders used tweets for their outreach, but also how social media giants can, through their algorithms, influence democracy.

Sentiments triggered by or expressed in the two leaders’ tweets were calculated in this research as -1 for most negative impact, 0 for neutral, and +1 for most positive impact. The average sentiment score of Rahul Gandhi’s tweets during the sample period from January 2019 to December 2021 was 0.09 while that of Narendra Modi’s tweets was 0.54. The difference in sentiment also reflects how these two leaders use Twitter, with one focusing on the negative and the other highlighting the positive.

The Print twisted the whole conclusion of the study for their clickbait title and tried to show that Rahul Gandhi is doing better than Narendra Modi among the masses. However, as election after election have shown us, the people of India much prefer Narendra Modi to the Congress Prince.

What is wash trading and money laundering in NFTs?