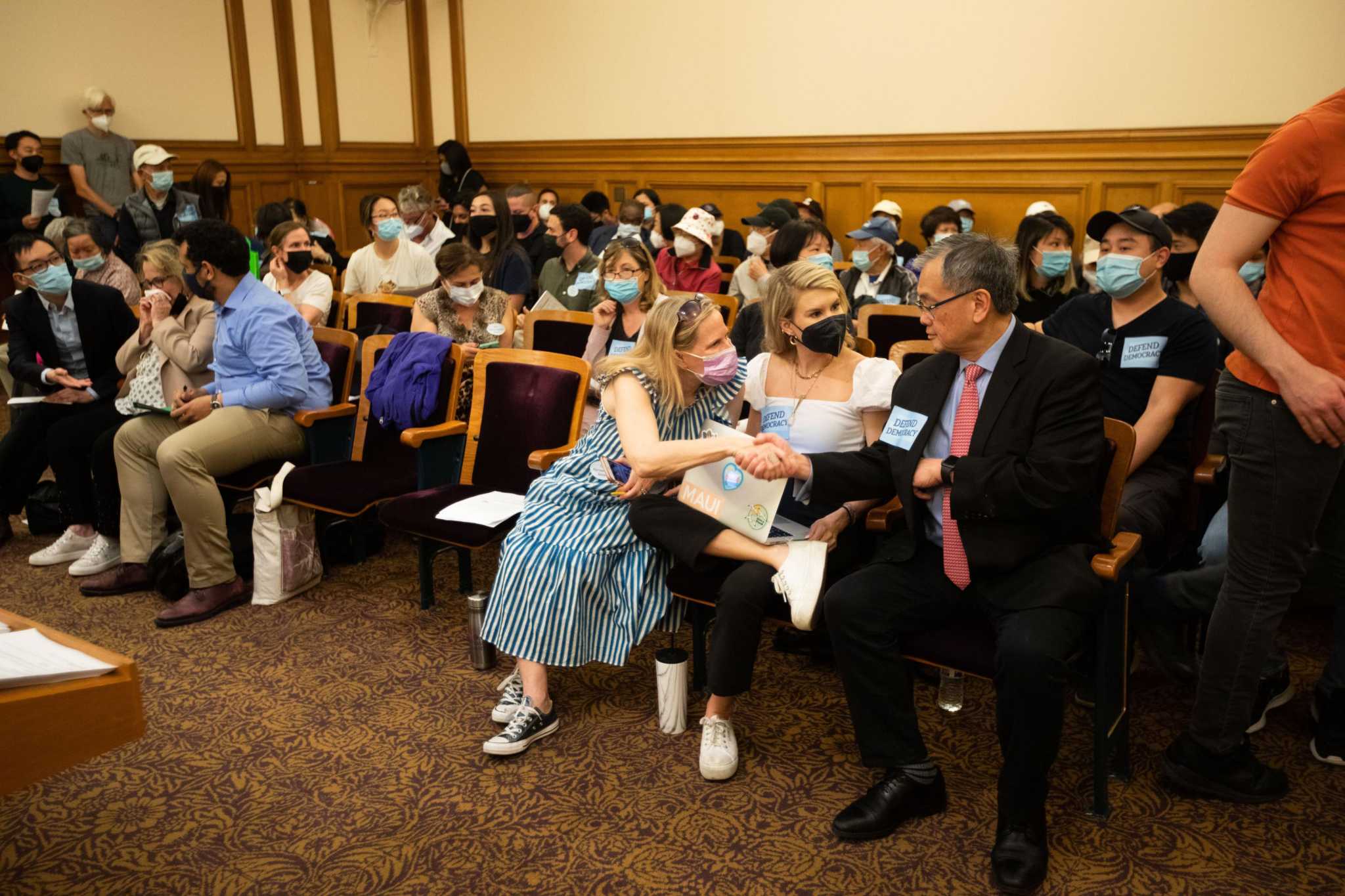 Political takeover or consequence of a bad housing policy?

San Francisco’s latest effort to draw new boundaries for its city oversight districts has been rocked by accusations of political bias, especially from progressives alarmed by what they see as a moderate power grab. .

Advocates of the task force have pointed out that its members must balance a series of difficult variables, including – above all – the need to create districts of similar size in terms of population while trying to maintain neighborhoods and neighborhoods as much as possible. communities sharing common interests.

They also say the task force has no choice but to revise the boundaries, given where San Francisco has — and hasn’t — built new housing over the past decade.

“It’s impossible to do this in a way that pleases everyone,” Jason McDaniel, an associate professor of political science at San Francisco State University, said of the redistricting process.

McDaniel saw nothing to substantiate the gerrymandering allegations being pushed by some supervisors and activists. Instead, he pointed to San Francisco’s uneven development patterns that require the task force to make major adjustments to neighborhoods to the east and southeast of the city.

“The reason for that is because of all the population changes,” McDaniel said of the redrawing of district boundaries. “Where have we put most of the new housing? This is in neighborhoods where a large portion of the population has grown over the past 10 years.

Mike Chen, a volunteer organizer with pro-housing group SF YIMBY, made similar remarks in a Chronicle op-ed this week, writing that unbalanced district populations had occurred because “five decades of housing policy channeled the population growth away from western neighborhoods and towards eastern ones.

The objective of the working group is to try to bring each neighborhood closer to a target population of nearly 80,000 people. Currently, District 6 – which includes the Tenderloin and SoMa – is furthest from this target, overshooting it by about 30% due to a series of housing developments built between the 2010 and 2020 censuses. 10 – which includes Bayview-Hunters Point, Potrero Hill and Dogpatch – is about 9% above the target population.

“No one disputes the fact that Districts 6 and 10 have grown, they need to decrease in population and a lot of lines need to be adjusted. It’s just a fact,” said District 3 Progressive Supervisor Aaron Peskin.

But the task force has gone too far in responding to these demographic shifts, Peskin said, noting that the group has considered changing the boundaries of District 5 so much that more than half of those currently living there would be moved to a new district. another district. He saw such extreme change as evidence of attempted gerrymandering.

“It’s not about progressive versus moderate,” Peskin said. “These are the fundamental principles of representative electoral democracy.”

One of Peskin’s staff, Lee Hepner, saw validation of the progressive concerns about the task force in a Wednesday email he shared on Twitter and with the Chronicle.

“Hello moderate San Franciscans,” reads the message. “For the first time in the 40 years that I’ve lived in the city, there’s a big coordinated centrist/moderate movement to seize progressive power.”

The message, which appeared to be from real estate developer Nick Podell, then referred to his involvement with a group supporting the recall of District Attorney Chesa Boudin. Podell could not be reached for comment Friday.

The author went on to say that he wanted to see more moderate candidates elected to the Oversight Council, currently dominated by progressives. And he saw the Redistricting Task Force — made up of nine volunteers who are redesigning the city’s 11 supervisory districts to account for the past 10 years of population growth — as an opportunity.

“We’re in the final week of the redistricting process and it’s going better than I could have ever dreamed of,” the post read, referring to a draft map it said would flip several districts to benefit moderates instead. than progressives.

It’s unclear exactly how many people received the email.

Hepner cited the post as evidence of “partisan gerrymandering” — referring to the intentional manipulation of district lines to favor certain politicians or parties — and “the definition of voter suppression.”

The drama surrounding the redistricting process came to a head this week as the task force prepared to approve a final draft map on Saturday and officially put new boundaries in place by April 15.

Various progressive groups and residents outraged at how their neighborhoods could be moved to different neighborhoods spoke out in a flurry of public comments and rallies. Then the San Francisco Election Commission considered removing its three redistricting task force appointees – prompting its own backlash, including from Mayor London Breed and some supervisors.

Several observers said the process was uglier and more political than in the recent past and one expert said some of the problems stemmed from the way the task was carried out.

David Ho, a San Francisco political consultant, blamed the task force’s problems in part on what he saw as “very erratic” leadership across City Hall that failed to ensure the smooth running of the process. The nine members of the working group are appointed in equal numbers by the mayor, the supervisory board and the electoral commission.

“The redistricting task force shouldn’t be about politics, labels and progressive versus moderate ideology,” Ho said. “It seems like this process has been overly politicized. It should be about data and numbers and respecting traditional neighborhood boundaries. … This whole process has been a mess.