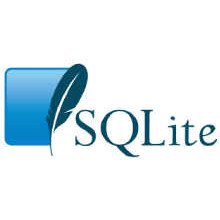 SQLiteName “never ceases to amaze”or more precisely, imagination uses people, because while SQLite is a relational database management system like MySQL or Postgres, it does not fall under the client-server model. Instead, it integrates into applications that need query access to a data store. The most common examples are its integration into Android applications or web browsers such as Firefox.

Despite its compact size and lack of the client-server model, SQLite is an RDBMS with all the functionality that does something relational – i.e. tables, indexes, constraints, triggers, transactions , etc. However, compared to full-fledged RDBMS like PostgreSQL, some SQL-based features are missing like RIGHT and FULL OUTER JOIN support, but we will see that this latest version finally implements them, and its built-in functions are few- one. This does not mean that SQLite is incapable of more complex capabilities. What about support for JSON query syntax using -> and ->> operators similar to PostgreSQL JSON functions?

Another advantage is its availability. It’s open source, but not open for contribution, and there are pre-built binaries for Linux, Windows, and Mac. In terms of performance, SQLite is written in C, with no intention of rewriting it in another language. As for why, the authors clearly explain why C is the best language to implement SQLite:

Note that the authors refer to SQLite as “module” or “library”.

That said, but as stated above, SQLite has a minor drawback.

There are few built-in functions compared to PostgreSQL or Oracle. Fortunately, the authors have provided an extension mechanism, which allows you to do almost anything. As a result, there are many SQLite extensions, but they are incomplete, inconsistent, and scattered across the internet.

Fortunately, there are attempts to organize them, as does sqlean, a Github repository that brings together all missing SQLite functions under one roof, divided into two categories:

The main set-The most popular functions. They are tested, documented and organized into domain modules with a clear API.

The incubator-These expansions have yet to make their way to the main set. They may be untested, poorly documented, too broad, too narrow, or without a well-thought-out API.

As with Postgres, in a sense extensibility is SQLite’s greatest power; it adds unintended utility and value for its users,
and we can witness many imaginative uses of it, provided by the community. For instance :

And of course consumer apps like Joplin note taking which uses an underlying SQLite to enforce full-text search on your notes.

After reviewing its virtues and disadvantages, let’s now turn our attention to what the latest version brings:

So much power in a zip file of less than 1 MB. What more could you ask for?