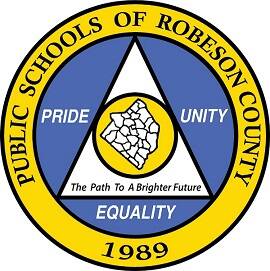 LUMBERTON – Members of the Robeson County Public School Board on Tuesday approved enrollment bonuses for K-6 teachers in “hard-to-staff” areas and increased the hourly wages of nutrition substitutes infantile at $ 13 an hour.

“It is the employee’s responsibility to repay if he doesn’t stay for the entire three years,” Setzer said.

“I think it’s a good idea in terms of recruitment and retention,” said Terry Locklear, school board member.

Thanks to the decision of the North Carolina Department of Education to allocate more funds from federal elementary and secondary school emergency aid funds to school districts in North Carolina, the PSRC received $ 148,366 to use for retention or recruitment of infant nutrition staff, Setzer said.

Board members also approved increasing the wages of infant nutrition substitutes from $ 7.25 per hour to $ 13 effective now.

The increase does not apply to classroom replacements who are paid $ 80 per day or $ 103, which depends on their certifications, Setzer said. The school district can maintain the increases even if ESSER funding runs out.

COVID-19 allowances for employees up to $ 500 have also been approved. Each employee who qualified for the June allowances will also qualify for the next round.

Setzer said she would contact employees by email on Wednesday regarding salary changes and bonuses.

The state recommends that employees be paid $ 13 an hour, Setzer said. But, the state has not yet adopted a budget.

School board member Dwayne Smith asked if it was possible to approve wage increases for bus drivers up to $ 13 an hour at the December board meeting, but Setzer said he It was difficult to budget for increases without a state budget. Educators told the Robesonian in September that bus drivers are paid $ 12.75 an hour.

School board member Vonta Leach voted alone against the redistribution card approved by the school board on Tuesday.

Some district lines had to be redrawn due to population shifts reflected in the census results.

The ideal population in each district is around 14,566, according to Janet Robertson, Rural Transportation Organization planner for the Lumber River Council of Governments.

Two districts were over 9% above and two more were over 10% above the district’s ideal population, she said.

Two other districts reflected nearly 6% of the population and the others were less than 5%.

“We had to move the lines to bring everyone together,” she said.

In other areas, board members also approved the continuation of the school district’s mask policy, which requires students and staff to wear masks indoors and on buses. Masks are optional outside.

The revisions to section 7000 of the policy and the addition of the Newsela Literacy Platform as a sole source were also approved.

Council members agreed that a public hearing should be held in the future to respond to a request by council member Dwayne Smith and PSRC athletic director Jerome Hunt to name the Lumberton High School soccer field. in honor of Kenny Simmons, who coached soccer for over 25 years.

“The reason Lumberton has a soccer field is because of Kenny Simmons,” Hunt said.

Board attorney Grady Hunt said school board policy requires a public hearing before the decision can be made. No date was set at the meeting for the hearing.

Before the closed session, council members shared a minute of silence on the passing of former educator Sarah McLaurin and Fairmont high school student Makenzie Norton.

Also at the meeting, Board Member Brenda Fairley-Ferebee and Rev. Larry Williams were recognized and presented plaques for support and donation of supplies like Clorox 360 Disinfectant to the school district.

Charlene Locklear, PSRC’s Director of Infant Nutrition, also received a plaque for her “unwavering support and dedication to PSRC infant nutrition.” Locklear has previously been recognized with the UNC Health Southeastern Community Education & Emergency Support Award for her work to feed children in the district and community.

Board members also presented a plaque to Stephanie McGirt. McGirt teaches science at Pembroke Middle School and was recognized on Tuesday for the honor of being named an Outstanding Science Teacher at District 4 College by the NC Science Teacher Association.