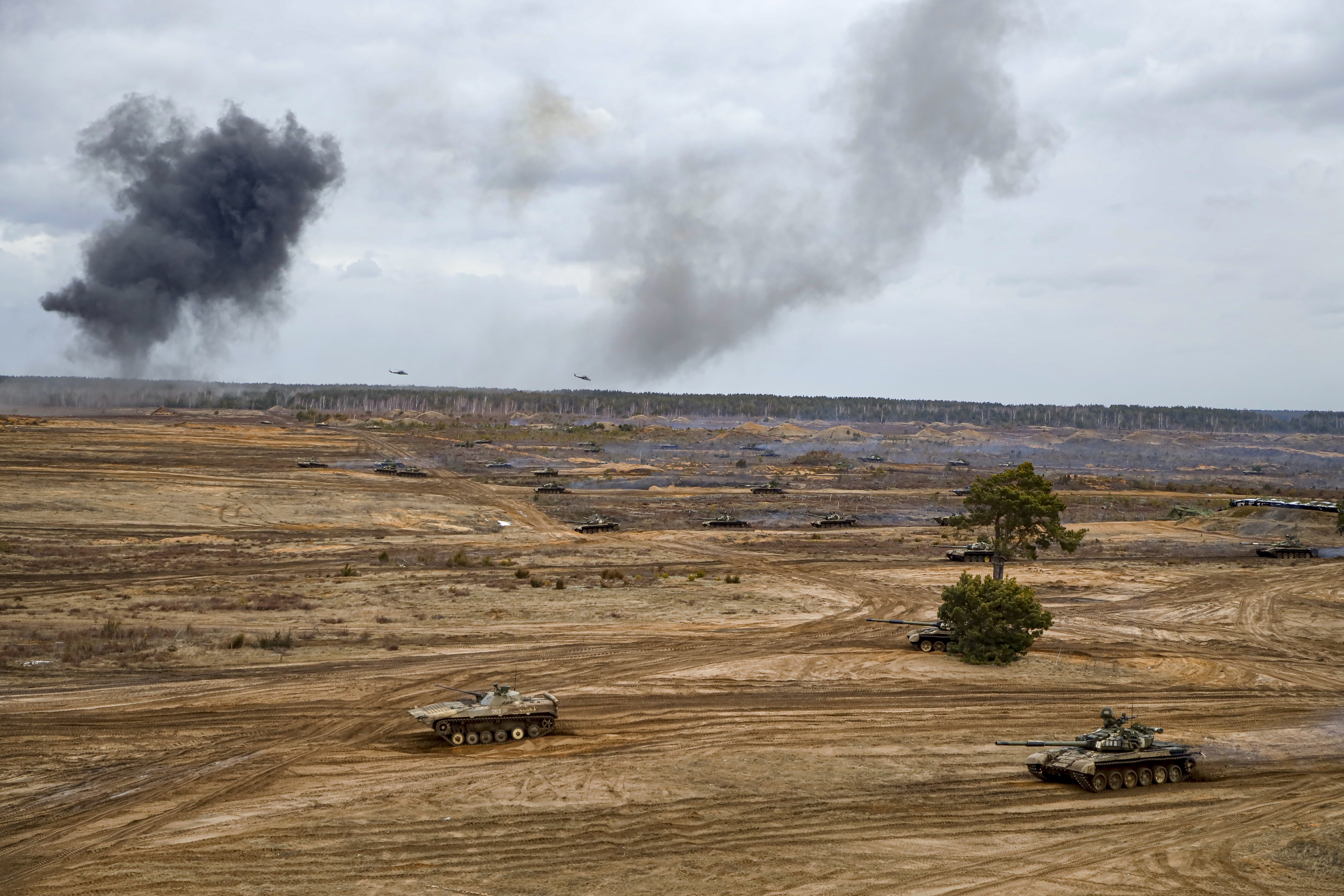 Russia is planning ‘the biggest war in Europe since 1945’, says British Prime Minister Boris Johnson told the BBC during an interview broadcast on Sunday.

“I’m afraid to say the plan we see is for something that could really be the biggest war in Europe since 1945,” he said.

He added that “people need to understand the cost in human lives that this could entail not only for Ukrainians, but also for Russians and young Russians.”

On the issue of sanctions, Johnson said the goal was to impact not just “Vladimir Putin’s associates but also all companies, organizations of strategic importance to Russia.”

“We are going to prevent Russian companies from raising funds in the UK markets and we are going, even with our American friends, to prevent them from trading in pounds and dollars, which will be very difficult,” he said.

Speaking at the Munich Security Conference in Germany on Saturday, Johnson said that in preparing to invade Ukraine, Russian President Vladimir Putin “made a serious miscalculation”, adding that Moscow would not have “absolutely nothing to gain from this catastrophic enterprise and everything to lose”.

Johnson urged Moscow to defuse tensions before it was too late.

I fear that a blitzkrieg will be followed by a long and hideous period of retaliation, revenge and insurrection, and that Russian parents will mourn the loss of young Russian soldiers, who in their own way are just as innocent as the Ukrainians who are now preparing to attack,” he said.

Johnson said: “We don’t know exactly what President Putin has in mind,” adding that “the omens are bleak and that’s why we need to stay strong together.”

Johnson’s remarks come a day after US Secretary of Defense Lloyd Austin said Russia was “putting itself in the right positions to carry out an attack”.

“If you look at the position he’s in today, it’s obvious [Putin] made a decision and they are moving into the right positions to carry out an attack.

Echoing US President Joe Biden’s assertion that Putin had decided to invade, Austin added that the United States would pursue a diplomatic solution “until the very last minute, until it’s not possible”.

However, Ukrainian President Volodymyr Zelensky has denied increased claims by Western leaders that a Russian invasion is imminent.

Asked about the aggressive use of US intelligence to dissuade Putin from invading Ukraine, Zelensky said he was “grateful for the work that our two intelligence services have done. But the intelligence I trust is my information.

“I trust the Ukrainian intelligence services who … understand what is happening along our borders, who have different sources of intelligence and understand different risks depending on the data intercepted … this information must be used,” Zelensky told Christiane Amanpour, CNN’s chief international anchor. personal interview at the security conference on Saturday.

He continued: “We’re not really living in illusion. We understand what can happen tomorrow…just putting ourselves in coffins and waiting for foreign soldiers to come in is not something we’re prepared to do.”

Zelensky then called on international partners to support Ukraine by investing in the country. “Strengthen our arms… our economy. Invest in our country. Bring your business.

“We are not panicking, we want to live our lives,” he added.

An unconventional approach to energy storage