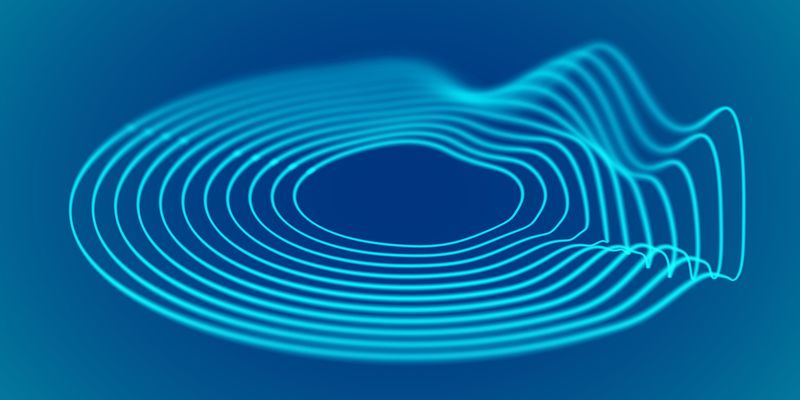 TOKYO, JAPAN — Researchers at Tokyo Metropolitan University have successfully improved technology to lift small particles using sound waves. Their “acoustic grippers” could already lift objects from reflective surfaces without physical contact, but stability remained an issue. Now, by using an adaptive algorithm to fine-tune the way the tweezers are controlled, they’ve dramatically improved the stability with which particles can be lifted. With further miniaturization, this technology could be deployed in a wide range of environments, including space.

As anyone standing next to a loudspeaker can attest, sound waves can exert real physical force. With the right arrangement of “speakers” at the right frequency, amplitude, and phase, it becomes possible to superimpose these waves and create a field of influence that can push, lift, and hold physical objects. Such acoustic tweezers technology promises completely contactless and contamination-free manipulation of small objects.

Last year, Dr. Shota Kondo and Associate Professor Kan Okubo of Tokyo Metropolitan University achieved non-contact uplift and motion of millimeter particles using a hemispherical array of small ultrasonic transducers. The transducers would be individually driven according to a unique algorithm, allowing them to create sound pressure fields that ultimately lifted and moved objects. However, the stability of their “acoustic clamps” remained an unresolved issue.

Now the same team has found a way to use the same setup to achieve significant improvements in how they can lift particles from rigid surfaces. There are two “modes” in which the transducers can be driven, where the opposing halves of their hemispherical array are driven in-phase and out-of-phase. The team’s new idea is that different modes are better suited for doing certain things. Starting from a particle on a surface, an “in-phase” mode of excitation is more effective at lifting and moving the particle close to the surface, with precise targeting of individual particles only one centimeter apart. Meanwhile, an “out of phase” mode is more suitable for bringing the lifted particle to the center of the grating. So, using adaptive switching between modes, they can now take advantage of the best of both modes and achieve a stable, well-controlled lift, as well as greater stability inside the trap once it is lifted. .

This is a significant step forward for a futuristic technology that could one day be deployed to handle samples that must be strictly free of contamination. The team also hopes it will one day find a practical application in space, where competing with gravity isn’t an issue.

– This press release was provided by the Tokyo Metropolitan University