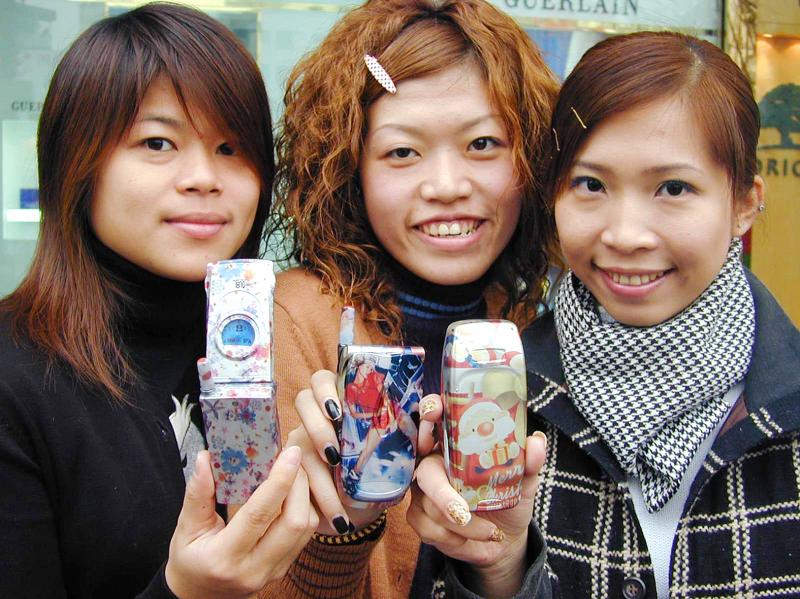 Taiwan over time: from rare commodity to coveted status

Cell phone ownership in Taiwan boomed between 1997 and 2000, but etiquette was an issue as everyone wanted to ostentatiously display their new gadget.

By the end of February 2000, cellphone users in Taiwan had overtaken landline users. This was a quick push for the industry, as just three years prior the coverage rate was 7%, according to the 2001 book Covering the Sky with One Hand: The Telecommunications Wars between the Four Heavenly Kings (隻手遮天: 大哥大四天王的電信大戰) by Peng Shu-fen (彭淑芬).

“Although the battle for the mobile phone market has been fierce, compared to other overseas markets, [Taiwan’s] developed quite rationally,” writes Peng. “Unlike Hong Kong, for example, there hasn’t been a bloody price war without regard to cost. But even if that didn’t happen here, competition still brought down phone charges dramatically. »

At the time of writing the book, cell phone prices in Taiwan were among the lowest in the world. Competition also boosted customer service and service quality, leading Peng to conclude that consumers were the big winners in this war. Peng added that the voice call market is saturated and with the advent of 2.5G internet, the next step would be to switch to data transmission.

Prior to 1997, the General Directorate of Telecommunications had a monopoly on telephone use in Taiwan. Cell phones were extremely expensive – one could cost over NT$100,000. Even if you had money, there were long queues to get a phone number – the waiting list reached around 1 million people in 1997. If you were desperate, you could buy a number at someone for up to NT$50,000.

As an alternative, private companies tried to promote the CT2 system, a short-range mobile phone that used terrestrial base stations. People were excited and tempted by the companies’ inflated promises, paying in advance to reserve their place and even hoping to run their own mini-operation by buying an expensive personal base station.

This experience ended in disappointment due to the limited range of the stations (a few hundred meters) and other technical difficulties such as the telephone which did not work if one moved too quickly. Users quickly returned their devices and the company crashed.

The government eventually passed the Telecommunications Act in July 1996, which aimed to open up the market to private companies. The Branch’s business and commercial arm was separated into Chunghwa Telecom, with the aim of eventually becoming a private enterprise (it transitioned in 2005).

The race was on. Taiwan Mobile began rolling out offers a month before the market opened and reportedly registered 15,000 customers on opening day. Companies have become innovative to compete with each other, offering all kinds of offers, special contracts and putting great effort into advertising.

There was still a gender balance in cellphone use in the early days. A 1998 Nielsen Corporation report showed that 37% of men between the ages of 15 and 60 used a cell phone, compared to only 14% of women, although 20% expressed a desire to have one soon.

The report also identified two main user groups: high-income people who wore the phone around their waist as a status symbol, and people such as salespeople who actually needed it for their jobs. He added that he would soon tap into the youth market.

Today, only three of the original eight remain – Taiwan Mobile bought Mobitai in 2004 and TransAsia in 2008, while KG was acquired by Far EasTone in 2010.

Of course, such a sudden proliferation of technology brought problems, many of which persist today. Phone etiquette was a big issue, as noted in the 2000 Study of Inappropriate Use of Cell Phones in Public Spaces (台灣公共空間內使用大哥大不當行為之探討) by Tseng Shih-yuan (曾士原).

Everyone who had one wanted to show off their new gadget, and they hung them around the waist and talked about it as much and as loudly as they could, writes Tseng. It was not uncommon to see people slamming their big, seemingly indestructible phones on the table when they arrived at a restaurant, yaking loudly throughout the meal.

“If talking on the cell phone has become a fashionable pastime, or an action that we can’t help but show to the public, it means that our [already noisy] public spaces will have no chance of becoming quieter. Tseng writes.

Before authorities cracked down on the practice, phones rang during class, in the library or in movie theaters – one interviewee said he heard at least 10 phones ring during a screening.

This extreme visibility and prominence has definitely accelerated the popularity of cellphones, writes Tseng.

“If someone calls you all the time, it suggests that your ability, sense of importance, and popularity are at their peak,” Tseng writes. “When a cellphone becomes the symbol of your importance, then even those who don’t really need cellphones would be eager to have one too.”

Two decades later, this behavior has diminished considerably, although it still persists.

Taiwan in Time, a chronicle on Taiwan’s history published every Sunday, highlights important or interesting events in the country that have anniversaries this week or are related to current events.

Comments will be moderated. Keep comments relevant to the article. Remarks containing abusive and obscene language, personal attacks of any kind or promotion will be removed and the user banned. The final decision will be at the discretion of the Taipei Times.

Get started with Gensim for basic NLP tasks

Layoffs from the platoon: workers on the future of the company