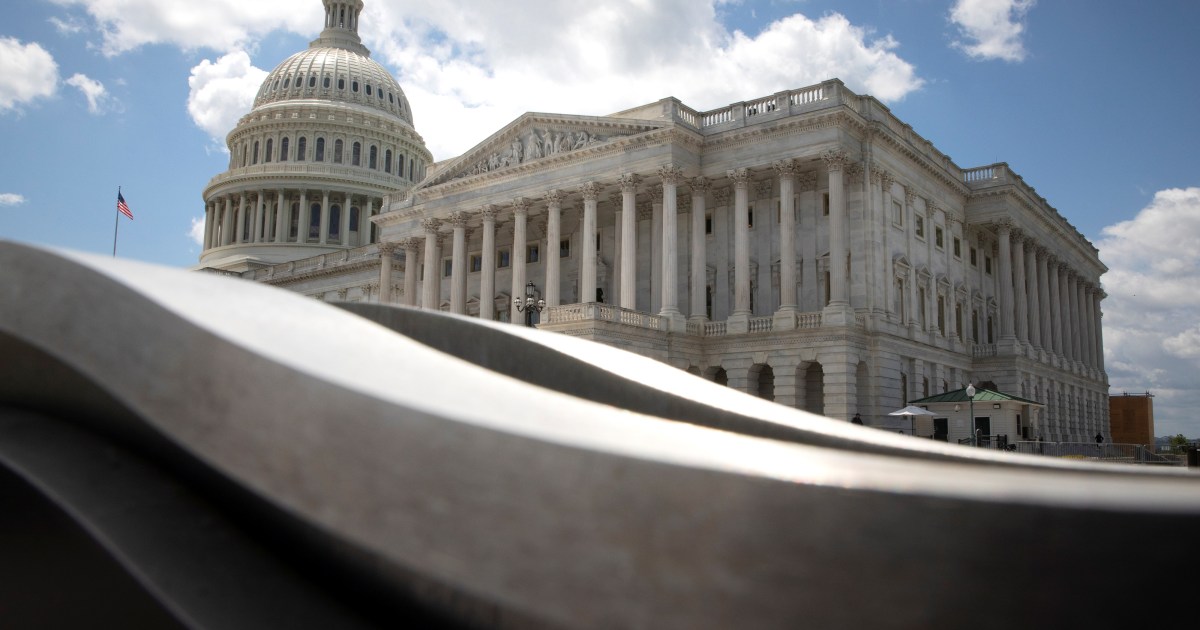 The challenge of democracy: overcoming the bias of small states

The stakes for the 2022 midterm elections have just risen dramatically. American democracy and majority rule, a fundamental principle of our democracy, are on the ballot.

Recent decisions to overturn Roe v. Wade and allowing gun owners to carry a gun in public reveals a Supreme Court far removed from the views of an overwhelming majority of Americans.

The coup attempt by former President Trump and his cronies, revealed by Republican witnesses in the explosive Jan. 6 special committee hearings, poses the greatest threat to American democracy since before the Civil War.

And the continued success of pro-Trump deniers in the Republican primaries this year, coupled with the reluctance of far too many Republicans to back down from Trump’s brazen and illegal efforts to nullify the 2020 election, demonstrates that the threat is ongoing.

“Our democracy is on a knife edge,” conservative Justice J. Michael Luttig warned in testimony before the Jan. 6 commission.

How can democracy in America, the constitutional republic that has been a model for free people everywhere for nearly 250 years, suddenly be in trouble?

First, the vitality of any democracy depends on the ability of democratic institutions to keep pace with changing times. But over the past quarter century, important democratic institutions like the Senate, the Electoral College and the Supreme Court have failed to keep up with the evolution of our culture and the electorate. This failure resulted in a structural imbalance in national politics.

Second, a vibrant democracy must be a nation of laws, not of men. We’ve had unscrupulous politicians throughout our history, but so far we’ve always managed to stem the rise of “cunning, ambitious, unscrupulous men” who, George Washington warned in his farewell speech , “would usurp for themselves the reins of government.” Trump, his cronies, and to a lesser extent Senate Republican Leader Mitch McConnell have proven to be the kind of men Washington warned us about.

The root of the institutional imbalance is found in the structure of the United States Senate. Our founding fathers were men of great foresight, but in writing the constitution they could hardly have imagined the chasm that divides America today between the rapidly growing, populous and increasingly diverse states of along both coasts and the more numerous, more homogeneous, less densely populated and slower growing states in between.

Because the constitution assigns two senators to each state, regardless of population, the Senate has, over the past few decades, taken a decidedly small bias. For example, California, the nation’s largest state, and Wyoming, the nation’s least populous state, both get two senators despite the fact that California’s population is eighty times larger than the nation’s. Wyoming.

In fact, California’s population is larger than the combined populations of the 21 smaller states.

This means that more than 39 million people in those 21 states have 42 votes in the Senate while the same number of people in California only have two. Since California votes Democratic by wide margins, if those 44 senators were allocated per capita, they would massively skew the Democrats by a margin of about three to one, or 33 to 11. But because each state gets two senators and a majority of those 21 states vote Republican, the actual tally is 25 Republicans and 19 Democrats. It is a 28 seater swing. If you believe in one person, one vote, the small-state bias clearly puts Democrats at a disadvantage.

Because so many Republican senators come from very small states, the last time they represented a majority of voters nationally was in 1996. But in seven of 12 Congresses since then, Republicans have held a majority seats in the Senate.

The Supreme Court, by design, inevitably lags behind the will of the public. Since the judges are appointed for life, at any time the majority of the judges will have been appointed by a former president and therefore are unlikely to reflect the opinion of the current majority. The recent Roe and Gun decisions are prime examples of this.

The three justices who voted in both cases were nominated by former President Trump who lost the popular vote (in 2016) by nearly three million votes and were confirmed by senators who represented less than 45% of Readership. Trump, elected by a minority of voters, had three court nominations because McConnell manipulated Senate procedures to block the confirmation of a President Obama-appointed judge who twice won a majority of the popular vote.

In the best of all worlds, the two parties would unite to reform and modernize our institutions in order to eliminate their prejudices. But with today’s polarized politics, that won’t happen.

Instead, Republican leaders, as evidenced by McConnell’s manipulation of the Supreme Court confirmation process and Trump’s attempted coup, have exploited these institutional imbalances to cling to vital levers of power, even if their coalition now represents a minority of voters.

Think about it: the Democrats have won the popular vote in seven of the last eight presidential elections, the longest winning streak of any party in American history, but they have only won the presidency five times.[1]

The chances of changing the small state bias are slim to none. The representatives of small states cannot be expected to change the political arrangement that gave them such outsized power, especially if, as most pundits predict, the Republicans, who benefit from it, take the control of the House and the Senate this year.

The only alternative is for Democrats to appeal across party lines to voters concerned about democracy and majority rule, even conservatives in small states, and win House and Senate seats not only in the traditional Democratic areas, but also in districts and states that usually vote Republican.

Certainly, with voters unhappy with President Biden over high inflation and rising crime, that’s not likely to happen. Even in years when the political environment favors the Democrats, they have to outperform just to break even. But it’s not impossible, as the sweep of the Democrats in the 1974 post-Watergate election showed. That was the last time the fate of our democratic system was at stake.

To win in normally hostile territory, Democrats will have to find new allies among all voters who want to preserve our democracy — independents, suburban voters, moderate and anti-Trump Republicans, and hard-working everyday Americans — voters who would normally vote Republican but are appalled at the actions of Trump, his extremist MAGA supporters and Supreme Court McConnell.

This will force Democrats to abandon their normal grassroots midterm election strategy. They must ensure that the elections this fall are focused on preserving democracy and majority rule. Democrats must open their tent to all voters who share this grand goal, regardless of party or ideology. Partisan Democratic agendas and pet programs will have to wait until our democratic system is secure. Progressives will need to understand that Democrats will not defeat Republican extremism by coming up with their own extreme ideas.

The late Democratic political commentator Mark Shields once said that politics is about seeking converts, not about punishing heretics. 2022 is not a year for testing ideological purity and punishing heretics. For the sake of our country, our democracy, and the principle of majority rule, this year more than ever, Democrats need to find more converts.