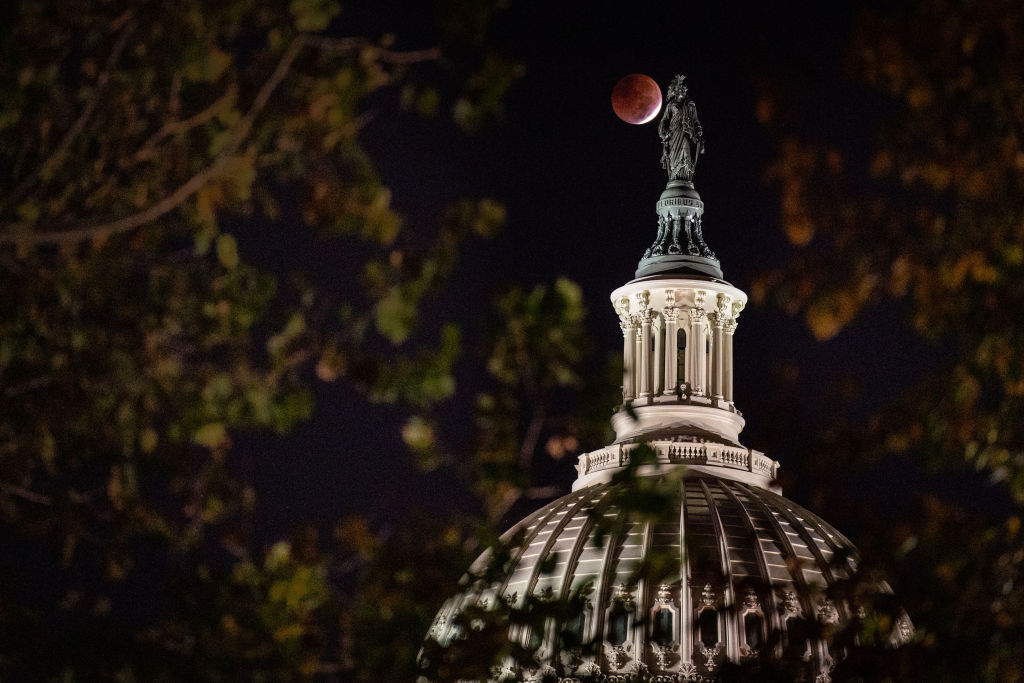 After the recent midterm elections, Americans are breathing a sigh of relief that social media-fueled threats of violence against voters and election officials have not materialized. It is an ominous sign of the times that a peaceful vote is a pleasant surprise.

What drives some people to reject the legitimacy of fair elections, embrace conspiracy theories, and even resort to political violence? We believe the answer lies in a new threat to democracies around the world: information insecurity.

Information insecurity is much more than vulnerability to propaganda. It is the deliberate and systematic distortion, enabled and enhanced by digital capabilities, of an entire information ecosystem.

Consider the parallels with natural disasters and climate insecurity. In the past, we treated hurricanes, droughts and floods as isolated emergencies. Today, we understand climate change as a threat to entire systems of agriculture, energy, and public safety. Similarly, we have already addressed famine with responses on a case-by-case basis. Today we understand food insecurity as a permanent threat not only to life but also to social cohesion and political stability.

Systemic threats require systemic responses that take into account favorable technological conditions. Our 20th century tactics – isolating or blocking the propaganda channels broadcast by our adversaries – will not suffice. These channels were carried by a limited number of known sources that were easily recognizable by their origin, carrier and contrast to conventional media rates.

Today’s news operations are multicast across hundreds of channels, maximizing voice and reach using broadcast and digital media interaction, including social media, and leveraging publicity techniques in line, targeting and algorithmic manipulation to maximize audience size. For example, the Kremlin not only broadcasts its Ukraine-related propaganda on state media channels, both broadcast and digital, but also relies on an extensive network of secret digital channels in multiple languages ​​and platforms. These channels spread conspiracy theories about Nazis in Kyiv, blame the West for the lack of blocked food deliveries from Russia and stoke unrest in the European Union over energy prices and refugees.

These tactics amplify local conspiracies and blur the distinction between foreign and domestic agents. Moreover, the objective is not simply to persuade but to weaken confidence in the facts and to sow suspicion of “fake news” everywhere. Algorithms tuned to maximize attention accelerate the effect.

Autocratic governments like China are responding to this threat by taking control of both national media production and distribution. Although the authorities cannot eliminate all dissenting opinions online, they prevent any major disruption of the party line. Russia has chosen a similar approach, but with much less efficiency.

Democracies must find another way. In democratic societies, freedom of expression is essential both as a basic human right and as the primary mechanism for holding government to account. In our response to information threats, we must ensure that the cure is not worse than the disease.

We cannot suppress our way out of this problem. To address information insecurity without restricting freedom of expression, we must tackle the structure of the market and the logic of a business model that values ​​controversy over integrity. This means directly engaging the big tech platforms (primarily American and Chinese) that hold unprecedented control over the global distribution of information.

These companies did not cause the social problems that fuel contemporary political conflict. But they are the main factor in accelerating tendencies towards extremism. Despite their efforts to curb illegal activity and thwart the exploitation of their services, their products are still designed to profit from outrage and remain vulnerable to widespread abuse.

Meanwhile, the market power they wield over advertising has undermined the commercial viability of traditional journalism, which once stabilized democratic politics by building consensus on basic facts. Many mainstream news media responded by joining the race to the bottom.

Democratic governments should treat information systems as critical infrastructure, just like gas, water, electricity and telecommunications. The first step is to demand that the American platforms Facebook, YouTube and Twitter curb the exploitation of their services by authoritarian governments that organize deliberate disinformation campaigns. To further strengthen the defenses of democracies, we need standards for information markets against which to assess possible security risks, such as the impact of Chinese control over TikTok (the most popular platform among young people) .

These standards should not be governments dictating what content is allowed and not allowed on media channels. This is a decision for private actors to make, as they have done. But while every technology platform on the market today has rules governing content and behavior as well as the collection and use of personal data, too often they misenforce their own rules. Government regulators should keep their promises and set additional standards for consumer protection, the same way we regulate the safety of the food, pharmaceutical and natural resource industries.

To reconnect citizens with a common base of facts, democracies must strengthen public service journalism. One approach is to use competition policies, such as those recently applied by Australia— that force tech companies with market power over digital advertising to negotiate revenue-sharing deals with news outlets. Digital transaction taxes can also be used to stimulate investment in public media, local media, media literacy and journalism schools.

Rules, standards and investments in the media market are not just economic policies. These are security imperatives, alongside green energy and public health. If we don’t act quickly, our information security will weaken further, dividing us against ourselves. Autocrats and domestic troublemakers can then shape a self-serving narrative of escalating democratic dysfunction.

of US President Joe Biden national security strategy, published in October, identifies a set of “transnational challenges” which are not “secondary to geopolitics”, but which are “at the very heart of national and international security”. These challenges include climate change, food security, communicable diseases, energy shortages and inflation. Information insecurity also belongs on this list, as it exacerbates these other challenges and poses its own serious threat to democracy.