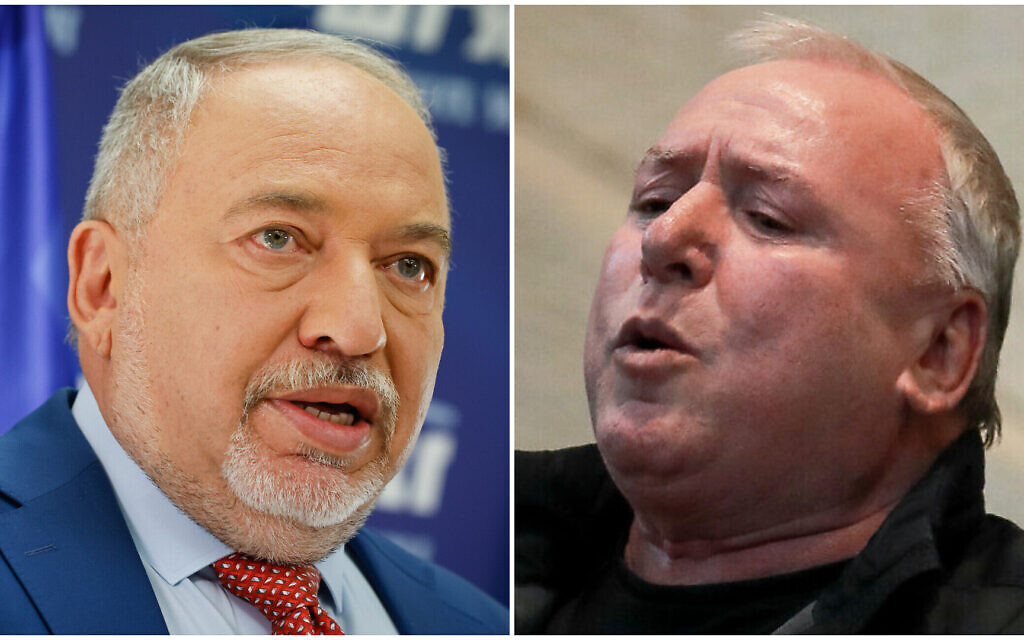 Meanwhile, the number of serious cases rose by some 80 more people to 387, including 93 people on ventilators, according to ministry data.

In more positive news, the virus’s R-value – measuring how many people each COVID carrier infects – has continued its downward trend in recent days, dropping to 1.71, after falling steadily from a high of 2 ,12 Monday. The figure is based on data from 10 days earlier and values ​​above 1 show that infections are spreading.

In a tweet on Saturday, Liberman said he was “feeling fine” and was being quarantined at his home in the West Bank settlement of Nokdim. “I will continue to conduct responsible economic policy from home, monitor the data and plan the next steps,” he said.

The Health Ministry said 39,015 people had tested positive for COVID-19 on Friday and another 11,351 Israelis had been diagnosed as of 5 p.m. Saturday.

The Omicron virus variant has passed through Israel over the past week, leaving the country with 267,734 active patients. The rampage left an additional 193,762 Israelis in quarantine due to exposure to an infected person, ministry figures showed on Saturday.

The rate of positive tests continued to rise, reaching 14.02% on Friday, marking a record rate almost unprecedented since the start of the pandemic.

The death toll stands at 8,303 after four new fatalities were recorded on Friday and Saturday.

In August-September 2021, when the country was in the throes of a wave of infectious Delta variant, daily deaths averaged over 20 for a period of a few weeks, while throughout the current wave, the toll remained in the single digits, and generally below five.

On Thursday, new quarantine rules began, shortening the isolation of asymptomatic COVID patients from 10 days to seven days. But those who still show symptoms throughout the week will have to continue self-isolating for a total of 10 days.

Are you serious. We appreciate that!

We’re really glad you read X Articles from The Times of Israel over the past month.

That’s why we come to work every day – to provide discerning readers like you with unmissable coverage of Israel and the Jewish world.

So now we have a request. Unlike other media, we don’t have a paywall in place. But since the journalism we do is expensive, we invite readers to whom The Times of Israel has become important to support our work by joining The Times of Israel community.

For just $6 a month, you can help support our quality journalism while benefiting from The Times of Israel WITHOUT ADVERTISING, as well as access to exclusive content available only to members of the Times of Israel community.